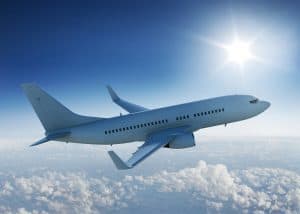 The majority of my Ruth’s Truths are travel related. I love writing while on my trips, or right after I get back from my sojourns. This time, I’m writing pre-trip; it’s been a while since I had to plan details as carefully as I am right now for an upcoming trip to Cuba via the eastern seaboard’s I-95 trail. I’m not the biggest domestic traveler, often preferring foreign locales. After this, the only American road left on my list will be along the Mississippi River, from Minnesota to Louisiana.

I usually travel with Robyn, a friend from my travel industry days in Tokyo. We’ve literally seen the world together, and determined long ago that she’d be the advance strategist, researching whatever we needed to decide before the trip, and I would be the on-the-ground tactics specialist (similar to what I do day-to-day for a living), using my capacity as a linguist, deploying my inborn sense of direction, and having a knack for sniffing out good food.

When not with Robyn, I tend to go with family members, and my matriarch status and travel experience has me working out most of the details myself. It all starts with pinning down the airfare, and then filling in the rest of the details gradually. An old trick of the trade is to take all of the moving parts of the trip and turn them into what we call in education a “timeline” or “itinerary” listing all the hotel confirmation numbers, addresses, miles per day between cities on road trips, major sites to see, restaurant recommendations. Robyn taught me to download each confirmation slip onto paper, fold it into thirds like a letter, and keep them in a pouch or envelope for easy access. When you’re traveling, you don’t always have access to wifi or your phone network to view reservations that may be stored there.

Another thing Robyn insists on is a pre-reserved, preferably pre-paid, airport to hotel transfer upon arrival. This gives you immeasurable peace of mind; you don’t know where you are going yet in a new place, and if you are having to deal with foreign currency immediately upon arrival, you’re liable to make costly mistakes until you’re used to it. Finally, although taxi rides into town can sometimes been the most delightful of experiences, with local drivers proudly touting the charms of their town, this is also when a tourist can get ripped off. My New York parents used to call it getting taken “by way of Canarsie.” (If you look at a map of New York City, you see that to go through the area called Canarsie, you are going around the borough of Brooklyn on the Belt Parkway instead of straight through Brooklyn to Manhattan).

Speaking of New York, it is where this trip begins. I’d been taken to New York as a child in the 1960’s frequently, but then my grandparents moved west and things got tough in the New York of the 1970’s. I had no chance to go back until the mid-1980’s, and then I became a frequent visitor for many years. I got used to covering a lot of territory in just a couple of days. Still, you never feel like there is enough time there, unless you live there, I guess. Here’s the thing about New York: in a relatively small physical area, there is more to do per square foot than anywhere else in the world. Period. And it goes on for 24 hours. I wanted to grab a slice of pizza before a show once, but ran out of time. I asked them if they’d still be open afterwards, at 12:30. The proprietor looked at me sideways and said, “of course” (pronounced “OV-KO-AS”) ; I’d given away my out-of-towner status.

After a couple of days in New York, the plan is to drive over and through terrain I’ve never seen, spending short stints of time in a dotted map of cities I’ve never been to down the I-95 highway to Florida. A mini “Travels with Charley” feat, sans dog, camper or any thought of roughing it, I hope to pass through the uncharted territory of: Philadelphia, PA; Baltimore, MD; Richmond, VA; Raleigh, NC; Charleston, SC, and Savannah, GA. The latter end of the trip ends in Florida, from where we will embark on the main dish of the trip, and the part that is requiring so much advanced planning: Cuba.

I’ve been to China and Vietnam, so I know something of life in countries that still subscribe to communism. You tend to have trouble with the internet, and I hear that “unplugging” in Cuba will be the order of the day. I found out that credit cards are rarely used for purchases in stores or restaurants, so I’ll be taken back to my early days in Japan, where cash was king. Accommodations have to be booked and paid for in advance from a limited number of suppliers. Interestingly, tips for travel to Cuba in articles, compared to stories from travelers I’ve spoken to vary not because stuff is fake, but because the rules are changing constantly. I’m anxious to go before something either happens politically to somehow prevent Americans from going, or before it changes too much, which the great equalizer of tourism tends to do.

I’m excited about this trip. I rarely say, “I need a vacation,” because I give myself mini-vacations to close-by destinations (San Francisco, Santa Barbara, Lake Arrowhead) frequently, and I go large on bucket list destinations (like Cuba, eventually Greece, back to another part of India) and beloved re-visits (Japan, Israel, certain European cities) during an educator’s generous break periods. However, I do feel like I need a vacation. I work hard and play hard all year, and it’s nice to chew on the sensory delights that travel and tourism brings.