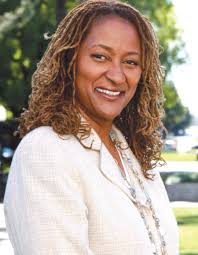 Senator Holly Mitchell was named yesterday as the inaugural honoree of the Willie L. Brown, Jr. Advocacy Award. The honor marks the 40th anniversary of California Association of Black Lawyers.

CABL presented its new award as part of the group’s 40th anniversary celebration during a special reception earlier this week.

Brown, 83, served more than 30 years in the Assembly, including 15 years as Speaker. He later served as mayor of San Francisco.

CABL is a statewide organization serving more than 6,000 attorneys and judges statewide. CABL held its first meeting in 1977 with a goal to change the face of the judiciary and influence the course of life for African Americans.

Sen. Mitchell’s current focus is on a series of bills. co-authored by Ricardo Lara (D-Bell Gardens) aimed towards keeping children out of the justice system, and stopping punitive financial measures burdening the families of minors in the courts.

The bills reflect research showing that children’s brains are different than adults. The senators say that means the state should emphasize rehabilitation over incarceration. One bill would ban collecting fees from the families of juvenile delinquents. Another would require that minors talk with a lawyer before waiving any rights. The package would also keep children age 11 and younger out of juvenile courts and write into law a legal decision that minors can’t be sentenced to life without parole.

Sen. Mitchell is also the chair of the Senate Budget Committee. A member of the Legislature for more than six years, she represents nearly 1 million residents of Senate District 30, which includes Culver City and much of Los Angeles.