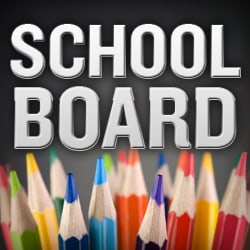 With School Board President Sue Robins set to depart on March 30, 2017, a long list of applicants has stepped forward to fill the post. The board is set to adopt a resolution at their next meeting on March 14 at 7 pm at City Hall that will fill the open seat, and name the new school board member after a vote.

While the new board member will fill the rest of Robin’s term, the board has already agreed at a meeting last December to serve at greater length to coordinate the next election with the state election in November of 2018. The reset of the election date was offered as a remedy for the lower voter turnout often seen in school board elections.

The seat will be appointed at the meeting after public comments.

Names of the applicants are as follows in alphabetical order.