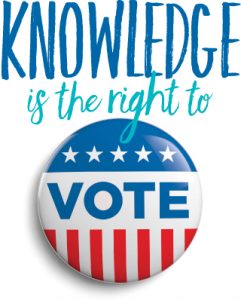 It’s a very short ballot for Culver City, but all the more reason to know what you are voting for and why. Our slice of Los Angeles County is an essential part of the legislative process begun last November addressing growth, housing and how we will shape our future.

Yes on Measure H. It will hardly help us to spend the money being raised through the tax created by Measure HHH on housing if we can’t also provide services to people who need them. Money well planned and well spent is a great savings on money needed to clean up later. Los Angeles County currently spends billions on the homeless, and all of that is falls into the category of ‘clean up.’ By investing in housing and services, we will save millions of dollars, and far more importantly, tens of thousands of lives. We need to pass this.

From the LA Times  “If Measure H passes, county officials will provide quarterly reports on outcomes for each homelessness strategy — how many homeless people got rapid re-housing funds; how many got bridge housing; and so on. A Citizens Homeless Initiative Oversight Board would also oversee the spending of the Measure H revenue and put out regular reports.”

While Culver City is not voting on Measure S, if you know anyone considering supporting it, tell them no. The campaign has been riddled with all the worst aspect of politics from start to finish. Created by power-hungry fear salesmen, badly written, sold by shockingly unethical mailers – these folks had the chutzpah to sue the Sheriff’s Department in response to cease-and-desist order to stop sending out counterfeit eviction notices. No, just no.

The candidates for Trustees of the Community College District have specifics that will make a difference.

Steven Veres is an aide to state Senate President Pro Tem Kevin de Leon and has also served a term as a district trustee. His knowledge of Sacramento, (where the district gets the bulk of it’s money) make him the best choice. As noted above, money well planned. . .

Dallas Denise Fowler is a candidate who has a broad background in both business and government, as a communications consultant and a commissioner under Garcetti. She could be a strong voice at a moment when college and how it serves the community needs to be discussed.

Nancy Pearlman is an incumbent who has been a very good “squeaky wheel” on the board, and can give the kind of historical knowledge that a long term public servant can offer. Pearlman has often been the one who asks the questions no one else does.

While we are thinking of the College Board, we really ought to stop electing them and move to appointing them. These are throw-a-dart votes for far too many people, and our community colleges are not even close to living up to their potential – and so, neither are their students. Taking this contest out of the hands of the general public and putting into the realm of administrators and academics might be a smarter way to go.