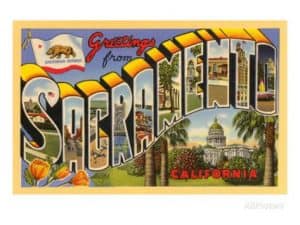 This past week I re-discovered the idea that the closer government is to me, the more it effects my life.

While many of us are deeply concerned about the radical disruption coming out of Washington – and very possibly Moscow – I was heartened by the amount of diligent and sometimes brilliant work being done in our state capitol.

This was my second trip to Sacramento with the 33rd District PTA, an annual lobbying trek titled “Sacramento Safari.” While the allusion to wildlife makes for nice consonance, there isn’t much that’s wild going on in Sacramento, just lots of staid, serious governmental work. The thought came back to me over and over again as we listened to committees, spoke with representatives and lobbyists, and considered the role of parents and children in the most vital enterprise we have – public education.

The 33rd District is made up of all the smaller school districts in Los Angeles County that are not part of LAUSD. So the Culver City cohort got to connect with Long Beach, Redondo Union, Bellflower, and several other PTA units. Our organizers kept us booked with one speaker after another, and our hotel was located seven straight blocks from the Capital building. We walked there. A lot.

In addition to our PTA peeps, I spoke with people from our many Californias – an almond farmer from Bakersfield in town for a meeting with the Blue Diamond co-op, a grandmother traveling from Colton, a marijuana grower meeting with medical distributors, a collection of friends gathering for a funeral service. Hotel lobbies are places of great democracy. When I mentioned I was there with the PTA, people were respectful. Education, they agreed, nothing more important than that.

In every conversation, no matter how brief or casual, mistrust for the Republicans in Washington came up. Good manners keeps me from discussing politics with strangers unless they bring up the subject; everyone brought up the subject. And all the emotions that came with it; contempt, fear, disbelief and anger.

“Did you hear what he said?”

“Did you read what they are going to do?”

“There is already a bill in the House to defund public education; what is the PTA going to do ?”

While there isn’t a California PTA policy that I’m aware of to specifically redress the federal attack on public education, there is a focused effort to pull the weeds from our own gardens. We are 46th in the nation in spending per pupil, we have a chronic shortage of counsellors on campuses, we have the largest and most diverse student population in the country, requiring language skills and translation services undreamt of by someplace with a more homogenous population. Education in California faces challenges that no other state faces.

And we face them. The eduction committee held a meeting to get data about the upcoming teacher shortage, the legislative staff listened and took notes as we voiced our concerns, and the PTA leaders took our questions and answered them in depth.

The good news is that states have a lot of say in how they educate people. The federal government, while important, holds far less authority.

While the scent of totalitarianism grows stronger, there’s a breeze of dissent that may be able to diffuse it.

Education, well, really, there’s nothing more important than that. And the government that is closest to you is the one you may be most able to effect with your commitment, your activism, and your voice. Calling Sacramento is every bit as important as calling Washington, and will have a more direct effect on the policies that impact your life.