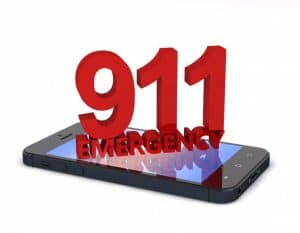 On the recommendation of the Culver City Police and Fire Departments, the City of Culver City has decided to join the South Bay Regional Public Communications Authority (a governmental entity), also known as the Regional Communications Center (RCC). Effective March 1st 2017, the RCC will provide emergency dispatch services to the Culver City Police and Fire Departments. Located in the City of Hawthorne, the RCC has provided police and fire 9-1-1 dispatching since 1977. The RCC processes approximately 250,000 police and fire incidents annually and currently services the cities of Hawthorne, Gardena, Manhattan Beach, El Segundo, and Hermosa Beach. The RCC is considered to be an industry leader in this region with state of the art facilities, top notch equipment, unparalleled training and exemplary service to the communities in which they serve.

The purpose for this transition is to improve public safety services. Benefits to the community will include:

Faster 911 call processing times- As a regional dispatch center, the RCC has the staffing to process and dispatch emergency 911 calls more efficiently than a smaller communications center, which means faster response times for both police and fire.

Emergency medical dispatching (EMD) – All RCC dispatchers are trained and certified in the field of emergency medical dispatching procedures. As such, RCC dispatchers are able to offer lifesaving first aid instructions to 911 callers while they await the arrival of Emergency Medical Services (EMS) personnel, a practice that drastically improves service to the community and can help save lives.

Enhanced 911 for cellular phones- The RCC’s dispatching equipment and mapping software is able to track all 911 calls from a cell phone using GPS coordinates, very much like the mapping feature on any smartphone. This is an important feature as many cellphone callers have difficulty describing their location if they are not at home.

Next generation 911-The RCC will be implementing “Next Generation 911” in 2017, which will include text and video 911 capabilities. These features will allow 911 callers to communicate vital information to RCC dispatchers via text messaging or video, a critical feature during emergency situations wherein a 911 caller is unable to speak. The “text to 911” feature will also improve Police and Fire services for Culver City’s hearing impaired population.

Surge capacity- The RCC’s daily staffing levels will fluctuate between 9 to 13 dispatchers in addition to a dispatch supervisor that will also be present at all times. Because of these staffing levels, the RCC is able to handle a large volume, or surge, of 911 calls related to a major incident or multiple simultaneous emergency situations. This type of surge capacity is very difficult if not impossible for a smaller communications center to duplicate.

Impact to staff – Several current Culver City Police and Fire Communications Operators (dispatchers) are going to join the RCC. This will provide those dispatchers with opportunities to promote into manager positions if they so choose. There are other dispatchers who have chosen to remain Culver City employees within a different job classification and some have decided to take advantage of an early retirement incentive.

The Police and Fire Departments are confident that the RCC will provide the Culver City community with a superior level of service. It is our expectation that, once fully implemented, the community will greatly benefit from this new partnership.