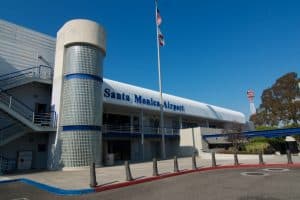 The Federal Aviation Administration and the City of Santa Monica have reached a settlement agreement  to resolve longstanding litigation over the future of Santa Monica Airport. How this will effect Culver City’s lawsuit against the FAA remains to be seen, but one factor will make a difference.

In recognition of the city’s authority to make decisions about land use, the agreement allows Santa Monica to shorten the airport’s single runway to 3,500 feet from its current length of 4,973 feet.

The city is obligated to enter into leases with private aeronautical service providers to ensure continuity of those services until the runway is shortened and it decides to provide such services on its own.

This may create more jet traffic at a lower interval for Culver City, the central complaint in the current lawsuit. Changes in Santa Monica’s air traffic pattern will create further changes in flights landing at LAX.

“Mutual cooperation between the FAA and the city enabled us to reach this innovative solution, which resolves longstanding legal and regulatory disputes,” said FAA Administrator Michael Huerta. “This is a fair resolution for all concerned because it strikes an appropriate balance between the public’s interest in making local decisions about land use practices and its interests in safe and efficient aviation services.”

The agreement requires the city of Santa Monica to maintain continuous and stable operation of the airport for 12 years, until December 31, 2028, and after that the city has the right to close the airport.