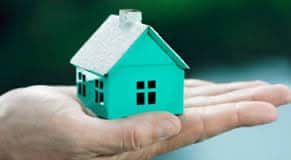 “This is the first of many meetings on this,” Mayor Jim Clarke said. “We want to learn the details of our choices so we can discuss our options.”

The issue of home-sharing started in 2008 with Airbnb, a Silicone Valley start-up which mushroomed into a billion-dollar business that spread in just five years to 190 countries, including 25,500 in Los Angeles County. Governments have been much slower to figure out what to do with these home businesses operating in residential areas. When a combination of planning commissioners and city council members met last Wednesday evening on Jan. 25, 2017, the challenge under consideration was whether to regulate or ban the practice.

Also called Short Term Rentals (STRs), they are illegal in Culver City, but as many as 350 units operate under the radar, a approximate number. The meeting focused in on deciding whether to legalize home-shares and gain the revenue of licensing, taxes and penalties, or continue the current practice of ignoring them, or enforce existing laws that make their operations in residential areas against local laws.

The legal landscape around Culver City is a patchwork.

Santa Monica has banned home shares where the owner/host does not live in the unit. This eliminates the growing practice of individuals buying up apartment units and evicting the tenants in order to make more money on short term rentals through Airbnb, HomeShare and other home-share platforms.

Los Angeles is discussing their options. According to Inside Airbnb, 60 percent of LA listings have off site hosts, commercial home-shares that compete with existing hotels and other rentals that pay taxes, licenses, inspection fees and other revenues to operate. One host has 55 listings to his name, leading to the term “alternative hotel” instead of home-share.

On the other side of the issue, of the 37% of private room hosts, many are seniors who have a spare bedroom because someone moved out or died. Such seniors are ‘property rich and cash poor.’

An empty space in a home is an asset, especially in expensive Southern California, council heard.

Enforcing STR regulations is expensive. Santa Monica has three full time employees who book home-shares to see if a host or owner shows up. Collecting fines and surveilling to see if the owner complies with the restrictions are expensive.
City Manager said 300 units could earn $1 million a year and be taxed for some $100,000, which would not likely cover the expenses of enforcement. Inside Airbnb gives the average income from a single home-share as $1,000 a month.
Allowing STRs in residential areas can affect parking, noise and strangers who don’t care about the neighborhood.

Planning Commissioner Kevin Lachoff  asked “Are people calling to complain,  or calling to inquire if it’s legal so they can do it themselves?”

City staff noted that “The only complaints are from single family residences in Sunkist Park and Carlson Park.”

Culver City resident Jim Snodgrass spoke to the meeting, saying “A family in my neighborhood was asked to vacate so as to make room for an Airbnb, and while the owner fully vetted her guests, and I have no complaints,  every time a rental goes off the market, it takes housing away from those who most need it. When someone owns the home they live in, it brings in families , and that builds neighborhoods.”

One Sunkist Park couple, Steven and Tonie Paull call the home-share next door “Hotel 6,” because of the constant change of STR guests. The person operating the home-share is also a renter, they said. They have reported their problem to city authorities, but the operation continues. They were at the meeting to plead for enforcement.

Planning Commissioner David Von Cannon observed “I don’t see the benefit of banning this when it’s going to happen any way. I think it’s how we shape the regulations that will make a difference.”

Council and commissioners will consider all sides of the issue when they meet again.

“It’s interesting we don’t have anyone from Airbnb here,” said Mr. Clarke.

It was suggested the reason was because they are operating an illegal business.

“It would be easiest to ban it completely,” Clarke said, “but home-sharing is here to stay.”

Council member Meghan Sahli-Wells said the issue will likely take a long time to resolve. “Putting a cap on the number of days that a unit can be rented in a calendar year could be the way to go. We need to create solutions that will work. Banning it is going to make the enforcement very onerous, and we need to be able to adapt the situation to our standards.”

Current home-share operators should wait for a decision that will clear their future as STR operators in Culver City.