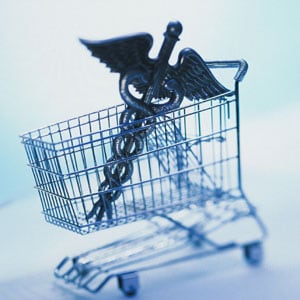 Californians tend to avoid the worst of premium hikes on the state exchange by choosing lower-cost plans, but many also miss out on financial assistance because they pick the wrong type of plan or buy coverage off the exchange, according to two studies published Monday in the journal Health Affairs.

One of the studies shows that when consumers faced premium increases from 2014 to 2016, they chose cheaper plans to control their costs, without giving up benefits. For example, consumers who had a higher-cost plan in the silver tier — the second least expensive level of coverage — would switch to a lower-cost silver plan, receiving similar benefits while saving on premiums.

By comparing plans and shopping around, consumers were able to minimize the full impact of reported premium increases, said Jon Gabel, a senior fellow at the University of Chicago and a co-author of the study.

The gap between average premium increases for plans offered and what consumers actually paid on average widened over time: In 2014, they paid 11.6 percent less than the average advertised premium in a single tier. By 2016, they paid 15.2 percent less.

This year, Covered California’s premiums are projected to jump an average of 13.2 percent, “but people are buying down” once again to save money, Gabel said.

In the Sacramento region, for example, the average monthly premium for all Covered California plans offered was $437 in 2016. But consumers paid, on average, only $358.

Consumers buy the cheapest or second-cheapest plan at a given benefit level 60 percent of the time, according to the study.

“Consumers have to do their own research on these plans,” said Daniel Arnold, a University of California, Berkeley researcher and co-author of the study. “We hear [about] an increase of 13 percent, but when consumers switch plans, they might see an increase no larger than 5 percent.”

Last week, Covered California announced that people who switch to the lowest-priced plan in the same metal tier can save an average of $38 per month, or $456 a year. Exchange administrators estimate that 78 percent of Californians renewing their plans could pay less than what they now pay by switching. Open enrollment for Covered California ends Jan. 31.

In California, 93 percent of consumers have the option of choosing from among three or more insurers, but that’s not always an option for people in other states, according to the study. Because of California’s unique marketplace structure, Gabel said, it is difficult to use this data as an indicator of what is happening in other states.

The second study, led by Harvard Medical School Assistant Professor Vivian Fung, examined how Californians miss out on financial support that could help them pay their insurance premiums and out-of-pocket costs.

The Affordable Care Act provides income-based tax credits for health premiums in addition to subsidies that help people with lower incomes cover out-of-pocket costs such as deductibles and coinsurance. The premium credits can be applied to any tier plan — platinum, gold, silver or bronze — sold on federal or state health insurance exchanges. But consumers must buy specific silver plans to receive cost-sharing help.

In 2014, the period studied, about 1.4 million Californians purchased Covered California plans, and about 88 percent of them were eligible for some type of financial assistance, the premium tax credit.

But a telephone and online survey of about 2,100 enrollees in English and Spanish showed that 31 percent of them forfeited the financial help they were eligible for because they either chose the wrong type of marketplace plan or didn’t buy it on the state exchange.

For example, a consumer might buy a low-cost bronze plan to save money, not realizing he or she could have purchased a silver plan that would have been cheaper after subsidies and offered more substantial coverage.

The problem extends beyond California: While many Americans get financial help under the Affordable Care Act, an estimated 2 million who are eligible don’t get it because they make the wrong purchasing decisions, the researchers noted. Consumers who qualify for help need better advice from policymakers to steer them away from financially “suboptimal” plans, the researchers concluded.

Gerald Kominski, director of the UCLA Center for Health Policy Research, who was not involved in either of the studies, said it is troublesome that a third of enrollees missed out on additional assistance because they purchased plans outside the silver tier. Many, he suspects, opt for bronze plans because of the lower monthly cost.

“This could indicate that people are unaware of cost-sharing reductions and choose a plan based solely on the monthly premium, ignoring their out-of-pocket spending,” he said.