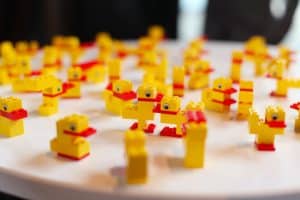 The meeting room at the Courtyard by Marriott was decorated with shirts; Lin Howe Vikings, Culver City Middle School Panthers, El Rincon Rockets,  Culver High Centaurs – every school in the district represented along the walls, punctuated by projections of “The State of the District.”  This was a first for both CCUSD and the Culver City Education Foundation, following a trend that has been working it’s way across the country. Superintendent Dr. Josh Arnold remarked that “The Atlanta School District actually broadcast their State of the District address, and it was quite successful. I was impressed.”

Music was provided for the reception by the stalwart AVPA Jazz Band, and Izzy Parra did a striking rendition of “The Star Spangled Banner” to begin the presentation. The room was more than filled, and the overflow out into the hallway was ample evidence of the community support for out schools. Being introduced by CCEF leader Leslie Adler, the State of the District was presentation of what our schools do and how they do it. Even more importantly, why they do it.

When Leslie Adler introduced Dr. Arnold, the media presentation began in earnest, and the audience was offered a feast of facts – CCUSD 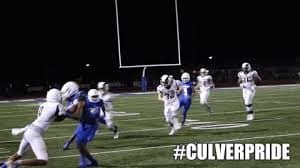 has 6,800 students,  800 teachers and 11 schools, all of them contributing to the weekly #CULVERPRIDE on social media. We are among the most diverse districts in the country, noting an almost exactly quartered split of 25% Caucasian, 25% African American, 25% Asian and @5% Latino. More than 60% of our graduates have taken an Advanced Placement (AP) class. We have the highest level of graduates completing college level requirements in the history of the district. Our math and English test scores compare favorably with both LAUSD and and Santa Monica/Malibu Unified. And 63% of the District’s graduates will have access to a four year college because of completing required classes in high school. Thanks to the school bond, all our grade schools have new playgrounds. Thanks to the rising property values, the bond will be allow us more funds sooner at a better rate. The redesign on the Robert Frost Auditorium is going to be world class, and create the larges, best equipped public school venue in SoCal. More than 30,000 subscribers to #CULVERPRIDE. Girls Volleyball CIF champs. Not just good stuff, great stuff.

What Dr. Arnold emphasized throughout his presentation was being ‘connected.”  Connecting classrooms with innovation, connecting teachers and staff with developmental training, and connecting grade school students with middle and high school students as role models and mentors.

Finally the crowd was told to open their packages of Legos, and build a duck. Really. 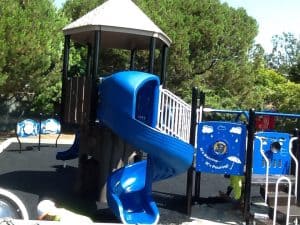 As an example of creativity, people we given a generous 90 seconds to make a duck out of a small assortment of Legos. The illustration that this was not a matter of being right or wrong, but of being able to think creatively. This was a charming lead in to the idea of creating ‘maker spaces’ at two of the grade schools next year to encourage engineering and design oriented thinking.

CCEF President Wendy Hamill offered closing remarks, thanking all who came, and reminding the crowd that CCEF was a fundraising entity, and that supporting our schools was the reason we were all in the room together.

To quote Dr. Josh Arnold – It was quite successful. I was impressed.