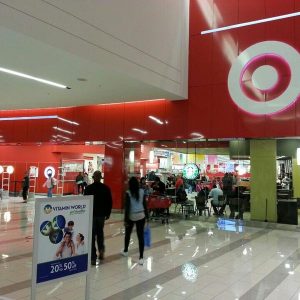 The evening of January 7 witnessed a mysterious confusion at Fox Hills Westfield Mall at about 5:30 pm, and there is still no definitive evidence as to what happened or why. Some reports note that a fight that broke out on the upper level of the mall that then led to panic and pandemonium.

A brawl that was estimated to involve as many as 50 teenagers quickly begat rumors of a man with a gun.

Culver City Police were quickly dispatched to handle the incident, with additional support from a SWAT team.

Reports of an active shooter on scene did not bear up under investigation. After police arrived, a crowd of teenagers running through the mall set off panic among shoppers. Stores acted quickly to get shoppers to ‘shelter in place’ until the issue was resolved.

The ‘man with a gun’ reports led to a large police presence and a mass exodus from the mall, but police found no evidence of a shooter, active or otherwise.

Culver City Police noted that there were also a series of brawls in the parking lot. Several young people who were leaving the mall who said there was some type of fight “event” posted on Instagram inviting strangers to show up and fight with each other but police were not able to confirm that.

Police later offered that as many as 150 teenagers were outside the mall fighting, some by the valet area, others by a nearby gas station. It took officers more than an hour to disperse the crowds.

There were no arrests or injuries reported.