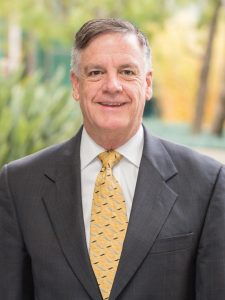 “I am looking forward to the opportunity to serving on this NLC Committee and playing a key role in shaping NLC’s policy positions. I’m eager to become an advocate on behalf of America’s cities and towns before Congress, with the new Administration and at home,” said Mayor Clarke. Mayor Clarke will serve alongside FAIR Committee Chair Deverick Williams, Council President from Gadsden, Alabama; Vice Chair Sue Osborn, Mayor of Fenton, Michigan; Vice Chair John Kinnaird, City Council Member from Waco, Texas; and Committee Members from throughout the United States.

Jim B. Clarke is  (as you may already know) currently Mayor of the City of Culver City and a member of the City Council, following his election in April 2012 and re-election in April 2014. He serves as a public policy consultant to Southern California Grantmakers, an association of more than 450 foundations and philanthropists. Previously, he was Director, Mayor’s Office of Grants and Director of Federal Relations for Los Angeles Mayor Antonio Villaraigosa; Chief of Staff to two Los Angeles members of Congress – Representative Diane Watson and Representative Brad Sherman; Executive Director of two non-profit organizations; and Managing Associate for the executive search firm of Korn/Ferry International. He holds a Master of Public Administration degree from California State University, Long Beach and received his Bachelor of Science degree from the U.S. Coast Guard Academy in New London, CT. Mayor Clarke spent 23 years in active and reserve duty with the U.S. Coast Guard, retiring as a Commander. He is also a graduate of the Coro Fellowship in Public Affairs.

For more information on NLC’s other committees and councils, please visit http://www.nlc.org/influence-federal-policy/policy-committees.

The National League of Cities is dedicated to helping city leaders build better communities. NLC is a resource and advocate for 19,000 cities, towns, and villages, representing more than 218 million Americans. www.nlc.org