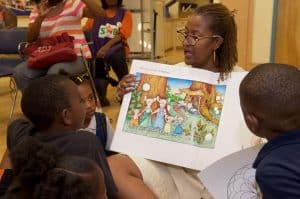 From the offices of your own State Senator, Holly J. Mitchell “Heading into my 7th year in the Legislature, I am honored to have 54 bills signed into law, five of which are being considered as national models –

SB 1380: coordinates $2 billion in state funds for the homeless toward permanent housing.

The 2016 Budget Act of about $122.5 billion in expenditures and $8.5 billion in reserves was signed by the Governor on June 27, 2016. In the six years that I have been a legislator, this was the best budget yet. Many cuts made during the Great Recession have been restored and new strategic investments in public programs and services are being made that will improve the lives of Californians in a still recovering economy.

As Chair of the Budget Subcommittee on Health and Human Services, I spent hundreds of hours listening to ordinary Californians and service organizations explain what was needed to make government work better for people. Below are the budget investments I worked hard to include:

Eliminating the Maximum Family Grant limit by investing $220 million toward ending child poverty. Designed to stigmatize and punish, I made ending this bigoted practice my #1 priority and, with the help of many, 130,000 children will now get help meeting some of their basic needs.

Early Care and Education: $145 million to increase pay for providers, also increasing the number of preschool slots for children by about 3,000.

Minimum Wage: The Legislature passed an increase in the minimum wage to $15 per hour by 2022, with subsequent indexing for inflation.

Revenue via the Managed Care Organization Tax: In March, the Legislature extended the MCO tax, though with a different structure, which will bring in nearly $1.4 billion to fund Medi-Cal and protect $1 billion in funding from the federal government.