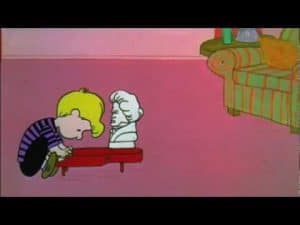 To celebrate the birth date of Ludwig van Beethoven, (December 17,1770-March 26, 1827) Culver City Symphony Orchestra presents a special All-Beethoven concert on his birthday, December 17, 2016, 8:00 pm, at Veterans Memorial Auditorium, 4117 Overland Avenue at Culver Boulevard, Culver City. The music of Beethoven remains with us, to inspire us to seek new heights through adversity.

The concert will feature Guest Conductor Andrew Shulman and violinist Rachel Ostler-Violin, and will offer the genius of Ludwig van Beethoven with the Overture to the Creatures of Prometheus, the Violin Concerto (Rachel Ostler, Violin)  and Symphony No. 7, in A Major

Andrew Shulman: Principal cellist with the Los Angeles Chamber Orchestra and Professor of Violoncello at the University of Southern California (USC), he was the first British winner of the United States ‘Piatigorsky Artist Award’. Shulman’s careers as ‘cellist and conductor have taken him all over the world. As conductor, he has performed extensively in the UK, Germany, Ireland and Scandinavia. Last season he made his US conducting debut with the Los Angeles Chamber Orchestra, “The conductor Andrew Shulman really carried the orchestra along…like a British Leonard Bernstein whose brilliance was still burning in Haydn’s ‘Philosopher’ Symphony. This was of a quality for which one may search but rarely find” (Hannoversche Allgemeine Zeitung)

23-year-old violinist Rachel Ostler, has been recognized for her artistic interpretation, exuberant energy, and lyrical tone. She is the first prize winner of the Aspen Concerto Competition, American Youth Symphony Competition, the Culver City Concerto Competition, and the Rio Hondo Competition. Rachel made her solo debut at age 12, performing the Vieuxtemps Violin Concerto No. 5 with the Coral Gables Orchestra as a special guest in the WLRN television series American Ideal. Since then, she has performed as soloist with orchestras including the Aspen Conducting Academy Orchestra at the Aspen Music Festival, Rio Hondo Symphony, Utah Philharmonic, Brigham Young University Philharmonic and Chamber Orchestra, Ludwig Symphony Orchestra and Alhambra Orchestra.

As a young violinist, Rachel won prizes in numerous competitions including the Hollywood Young Artist, Collin County, Hubbard Young Artist, Lewisville and Ray Millette Competitions. After winning the junior division of the American String Teachers Association Competition, she was invited to perform the Beethoven Violin Concerto with the inaugural Classical Vir tuosi of Miami festival, and toured China the following year with the Brigham Young University Chamber Orchestra, performing in major concert halls in Beijing, Shanghai, Tianjin, Hangzhou and Guangzhou.

Donations and membership to the SoCal Symphony Society, Inc. are welcome.

The Culver City Symphony Orchestra was founded in 1963 in Westchester/Los Angeles, and has performed in Culver City since 2000.