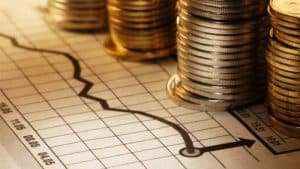 While the resolution on Safe Campuses took up most of the public attention at the CCUSD School Board meeting on November 22, 2016 it was not the only newsworthy slice of the evening. The update on the Measure CC School Bond was presented by David Kasner, and offered some very good investment news for the district.

With the rise in Culver City property vales, Kasner offered speculation that the bond could conclude three years early, and be complete by 2020.

The impact of the Presidential Election on the bond market was significant. As the returns were coming in on Nov. 8, the bond market decreased yield, and this was considered a likely result for a flight-to-quality trade, caused by uncertainty of a Trump administration. In the following days interest rates increased significantly, and it is highly probable that the Federal Reserve will increase the interest rate at it’s next meeting on Dec. 14.

The board voted unanimously to issue the Series B bonds, under the new law SB 1029, which decrees that there must be “a reasonable expectation of spending all the money in three years.”

With the renovation of the Robert Frost Auditorium already underway, these funds would then be available on a draw down basis. The increase in property values translates into a savings for the residents on the amout they will pay overall for the school boand, and looks promising for an early closure.