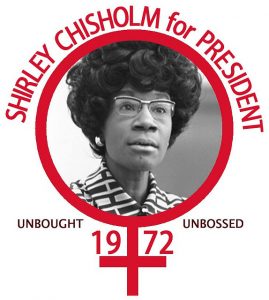 This month Black Talkies on Parade presents the 2004 documentary about the first female politician running for president, Shirley Chisholm, the first woman to run for the Democratic Party’s presidential nomination. New York Congresswomen Shirley Chishlom threw her hat in the ring in 1972, while Nixon was seeking re-election, the Vietnam War was underway, and feminist and civil rights movements were fighting to create equal opportunities. In an interview Chisholm notes that she “ran for the presidency, despite hopeless odds, to demonstrate sheer will and refusal to accept the status quo.” Chishlom ’72: Unbought and Unbiased is directed by Shola Lynch and has a runtime of 106 minutes.