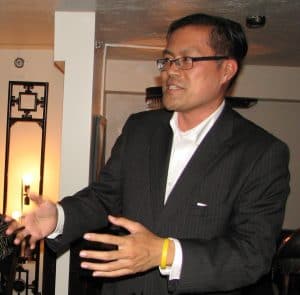 As part of his endorsement for Measure CC, LACCD Trustee Mike Fong stated, “Asian Americans make up more than 10% of the LACCD student body. Asian Americans are a rapidly growing population in the greater Los Angeles region. This is a critical opportunity for the Asian American community to embrace the hopes and aspirations of the next generation of leaders in the greater Los Angeles region and the importance of Measure CC in improving accessibility to an affordable, first class education at our LACCD campuses.”

“As a Trustee to the largest community college district in the country with a vibrant and growing minority student population many from immigrant families, I am focused on making sure LACCD is at the forefront in preparing students to enter the workforce,” said LACCD Board Trustee Mike Eng. “Measure CC will modernize facilities used by thousands of students to succeed in the fields of nursing, public safety, manufacturing, automotive, technology and construction. This bond measure is about preparing 21st Century students in 21st Century classrooms”