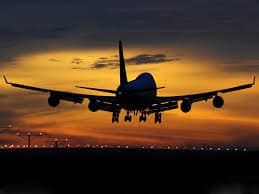 A community meeting on the FAA’s SoCal Metroplex Environmental Assessment is scheduled for Thursday October 20, 2016 from 6:30-8pm in the Culver City Council chambers at Culver City City Hall, 9770 Culver Blvd.

The FAA has prepared a Draft Environmental Assessment  to consider the potential environmental impacts of their project. This Draft EA was released on June 10, 2015, and is available on the FAA’s SoCal Metroplex EA Website for public review. The FAA has to provide a minimum of 30 days for the public to review and comment on the Draft EA, and the FAA is required to respond to all comments in the Final EA document.

For more info go to www.lawa.org/welcome_lax.aspx?id=12168