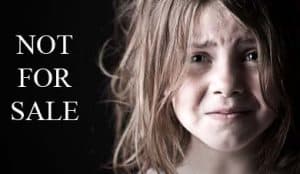 The Legislature has voted to send the Governor a proposal that the law be changed to deem persons under the age of 18 who might previously have been charged with criminal prostitution as victims of sex trafficking, eligible for treatment rather than prosecution.

“The law is supposed to protect vulnerable children from adult abuse, yet we brand kids enmeshed in sex-for-pay with a scarlet ‘P’ and leave them subject to shame and prosecution,” said State Senator Holly J. Mitchell (D-Los Angeles), who introduced SB 1322. “This is our opportunity to do what we say is right in cases of sex trafficking: stop the exploiters and help the exploited.”

When it comes to the commercial sexual exploitation of children, the victims are criminalized under California law, often sent to juvenile hall and tagged with a rap sheet for prostitution.

SB 1322 decriminalizes prostitution charges for minors. It requires that law enforcement continue to immediately report allegations of commercial sexual exploitation involving juveniles to agencies charged with protecting and counseling them. Courts would still be responsible oversee the care that trafficked youths receive while they remain underage, in the absence of responsible parents or guardians.

The bipartisan Senate vote of 29-9-1, concurring in Assembly amendments, puts the measure a gubernatorial signature away from becoming law.