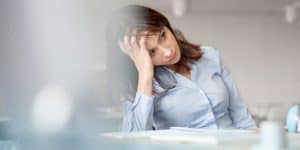 Last summer tens of thousands of people reached out to the Department of Labor urging them to change the overtime rules so that workers get paid for all the hours they work. In May, they listened to moms, dads, and workers around the country and updated the overtime rule. This was a HUGE win: 12.5 million workers, including 6.4 million women, many of whom are moms, will be able to get paid for all the hours they work once the rule goes into effect in December.

But now some members of the U.S. Congress are trying to mess with the overtime rule and prevent this major win for U.S. workers from going into effect.

We need your voice NOW!

Here’s the lowdown: U.S. Representative Schrader has introduced a bad bill that would delay the implementation of the new overtime rules by three years and remove the indexation of the salary threshold. What does this mean? 10.4 million fewer salaried workers would get overtime protections and those that do qualify will have to wait longer to receive it—the major achievement of updating the overtime rule would essentially be gutted and families and our economy would suffer.

In the 1970s, about 60 percent of salaried workers were covered by the overtime threshold. Today that number has shrunk to less than 10 percent. Millions of workers deserve the right to be paid for all the hours they work and shouldn’t have to wait three years to receive it like Rep. Schrader is proposing.

Millions of workers have been working extra long hours while not getting paid for it. Moms like Brenda, who writes, “I work sometimes seven days a week as an assistant manager from 8am to 7pm. Most of the time I don’t even take a lunch break (sometimes because we’re busy and sometimes because I just can’t afford it). I work over 40 hours a week and they will not pay overtime. My husband is ill and cannot work anymore, and I am raising two special needs children. I can hardly make ends meet but I’m not in a position to do anything else. I’m grateful for my job, but if we all could be paid for overtime it would also make us feel better about ourselves and better about our jobs.”

Under the new rule, the Department of Labor strengthened overtime protections by raising the overtime pay threshold from $23,660 to $47,476.With this new rule, Brenda and millions of other workers will no longer have to work extra hours without getting paid!

Write to Rep. Karen Bass bass.house.gov/contact now and say “Support the overtime rule and allow it to be implemented right away without any changes.”

This is a pretty straight forward issue: What moms and dads really want (and need!) is to be paid fairly for the extra hours they work, which is what this rule does. The change in the overtime rule doesn’t just benefit families though, it also boosts the economy because a higher overtime threshold could lead employers to hire more employees or increase the hours of part-time workers, resulting in more spending in our local communities, helping our economy as a whole.

MomsRising.org will deliver your signature to your members of Congress when they return from their summer recess. We want to get as many signatures as possible to make sure they stand up, take notice, and protect overtime pay.