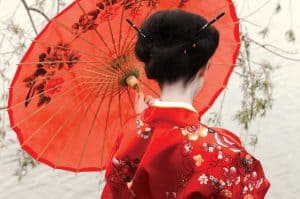 One of most iconic characters in opera is Cio-Cio-San/Madama Butterfly, the fifteen-year-old Japanese girl whose family has suffered a loss of fortune and now finds herself as a geisha. Her love to the deceitful American sailor B.F. Pinkerton is naive but true, though he considers the affair a kind of cultural fly-by without consequences.

Ostracized by her village for her relationship with Pinkerton, she awaits his return with steadfast love, only, at the end, realizes his deceit, and as a heroine, in true operatic fashion, and as a mother, she makes the ultimate sacrifice.

A cast of 35 will lift their voices for a fully-staged production of “Madame Butterfly,” this Thursday at Burton Chace Park in Marina del Rey.

Ten singers with national and international performance backgrounds will take on the opera’s principal roles, including UCLA-trained soprano Daria Somers as Butterfly, award-winning mezzo soprano Nandani Sinha as her servant Suzuki, and dramatic tenor Christian Quilici as Lt. Pinkerton. Director Zeffin Quinn Hollis, a baritone, makes a cameo appearance as The Bonze, a Buddhist priest who is Butterfly’s uncle.

Fully staged along the waters of Marina del Rey, like the waters of Nagasaki Harbor, Conductor and Artistic Director Frank Fetta with Stage Director Zeffin Quinn Hollis present this most moving and powerful opera.

For parking and more information, go to culvercitysymphony.org