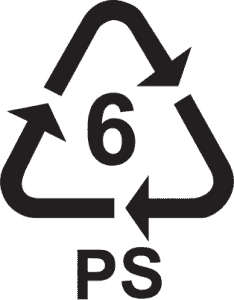 At Monday night’s Culver City Council meeting, a lively discussion was held regarding the banning of polystyrene (Styrofoam) food containers from restaurants, grocery stores and similar establishments.
The proposal was brought by the Ballona Creek Renaissance as a way to keep polystyrene food containers, which can easily break apart, from entering Ballona Creek and eventually ending up in the ocean and reducing the amount of polystyrene, which is not biodegradable, from ending up in our landfills.
There was a great amount of interest and much public testimony on the proposal. Some 24 speakers addressed the Council, mostly, but not all, in favor of establishing a ban. In the end, the Council voted 4- 1 to refer the issue back to the Council Sustainability Committee, consisting of Council members Meghan Sahli-Wells and Göran Eriksson, for further discussion and to work with staff in coming up with
a proposed ordinance. {Editor’s Note – See Council Notes from August 9, 2016)

Some members of the public have accused those of us who voted to refer the issue back to committee of attempting to stall the ban or of not being in support of promoting a healthy environment for our residents.

We respectfully disagree. In fact, no one on Council spoke in opposition to the ban.
State law currently mandates that 50% of our City’s waste stream must be diverted from landfills and that by 2020, 75% must be diverted. Styrofoam containers with food waste must be sent to landfills unless they can be cleaned and recycled. There is some evidence that there are companies that do both, and we should explore those options. But more importantly, the proposal last night did not address itself to the large amount of polystyrene packing material that comes with the flat screen TV or new computer you purchase or the on-line order from Amazon. We think the City should be just as
aggressive in dealing with polystyrene packing material as it is with food containers. As a small city, we cannot create an outright ban of such packing material, but we should be exploring ways to recycle it.

Currently, we only recycle items with numbers 1-5 and not polystyrene which is number 6. (Look on the product or packaging to identify the recycling number- [see graphic with this post.] ) We have yet to establish a commercial recycling program for all our small businesses – something we should be working to complete immediately.

The City of Los Angeles and the City of Long Beach both have recycling programs for polystyrene, so why shouldn’t we? If we are truly serious about keeping polystyrene out of our landfills, then we need to find ways to recycle it.
We appreciate the efforts of Ballona Creek Renaissance in working with us on this important issue. We just hope that we can take advantage of this opportunity to craft an ordinance that truly addresses the broader issues and gets us well on the road to meeting the state mandates we face in 2020. Simply banning polystyrene food containers may feel good, but we have an opportunity to enact an ordinance
that goes much further in making our city even more sustainable.