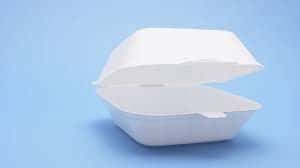 The Culver City Council Meeting of August 8, 2016  began on a festive note, with a packed council chamber applauding a presentation of certificates to the American Youth Soccer Organization (AYSO) Culver City Girls U19 Team — Winners of the AYSO National Games Tournament. This amazing team of young women had a record of zero losses, and zero goals scored against! They defeated several other states all-star teams. And their coaches were proud to note, every single one of the senior graduates is going on to college. Another reason to be proud of Culver City and our amazing CCUSD. Congratulations to all the young woman on the U19 team!

Next the council delivered a proclamation congratulating the Culver City Police for the very successful, positive, neighborhood-building exercise of Culver City Night Out. Lt. Sam Agailby accepted on behalf of the CCPD, gave a brief presentation about the event, and promised more in the future.

Councilmember Meghan Sahli-Wells then made brief announcements regarding: The Council Sustainability Subcommittee which meets on Wed. at 3pm. Public is invited. For those of us whose musical taste runs to r&b and soul, Meghan encouraged us to attend this Thurs. night’s concert at city hall, where Missy Anderson will be performing. Finally, our local theatrical heroes The Actors’ Gang will continue their delightful tradition of Shakespeare in the (Media) Park, at 11am. This year, the unbelievably topical “Romeo & Juliet: Pokemon Go” every Saturday and Sunday in August. Don’t miss this — it’s always been a delight, in my experience.

Marcus Tiggs, Chair of the Board for Fiesta La Ballona invited everyone to attend this year’s Fiesta, with the amazing music, as usual, curated by Ronnie Jayne. The dates are Aug. 26-28, and cool t-shirts are available for $15. The committee meets the first Wed. of every month, and everything you might want to know about the Fiesta is on their website, www.fiestalaballona.org/

The meeting then skipped a number of minute orders and ordinances to get to the issue that had the most attention from members of the audience — a proposal from Ballona Creek Renaissance to Ban Single-Use Polystyrene Take-Out Food Containers.

There were 28 speaker cards submitted by people who wanted to address the Council and the audience on this issue. Presentations began with the Staff report, delivered by Joe Susca who offered that despite best efforts, the City of Los Angeles’ polystyrene recycling program is NOT working, because there is no market for the stuff, especially if it is soiled with food waste (specifically oils). The City of Los Angeles will NOT accept any agreement with the City of Culver City regarding this issue.

The clerk then began to call the individuals who had submitted cards to speak before the council; there were four representatives of the plastics and/or restaurant industry who were opposed to a complete ban; four speakers who were generally in favor of a ban, but wanted further study, and/or an exception for utensils because they said no dependable tableware is available right now; or wanted to be better assured that there is a realistic recycling plan that the city can pursue. The other 23 speakers mostly identified themselves with Ballona Creek Renaissance (BCR), the Culver City Community Coalition, and/or one of the environmental defense organizations represented at the meeting (Surfrider, Sierra Club, 5Gyres).

The first speaker was Mehaul O’Leary (former mayor and councilperson, who is also a restaurant owner)  He offered his belief that the ordinance is a “no-brainer” and should be passed — with the one known issue/concern — utensils. Santa Monica’s ordinance doesn’t include them, so maybe we shouldn’t either but reserve the right to include them later down the line when there’s a workable alternative.

Grace Lee, a Surfrider member, said that she would be happy to work to inspect the restaurants and cross check with Santa Monica.

Shea Cunningham, CCUSD Sustainability Strategist,  noted hat all agree that the ban would be in the best interests of Culver City and the greater Los Angeles area.

Erick Perez, a student going from Culver High to Cal Berkeley next year. He also serves on the Board of Directors of the Ballona Creek Renaissance. expressed his concerns about polystyrene and the future.

David Haake, a proud 27 year resident of Culver City, a Professor of Medicine at UCLA, and Chair of the West Los Angeles Group of the Sierra Club spoke at length.

“The Sierra Club asks you to protect the health and safety of Culver City residents by acting favorably on the sustainable packaging measure before you this evening.
Styrofoam or expanded polystyrene has been used for packaging hot foods. Unfortunately, when exposed to heat, polystyrene leaches a carcinogen (styrene) into food and beverages. The National Institute of Environmental Health Sciences has determined that styrene is reasonably anticipated to be a human carcinogen based on studies in humans and experimental animals and supporting data on mechanisms of carcinogenesis. Styrene is also a known endocrine disruptor.” Oa personal note, he added
“I’m particularly sensitive to the issue of carcinogens, given that I’ve lost two wives to cancer, both of whom lived here in Culver City.”
Haake stated that ‘because of these human health impacts, many fast food chains, including MacDonalds, Taco Bell, Subway, and many others have already eliminated Styrofoam. This is notable because the fast food industry is extremely cost sensitive.
Therefore, a ban Styrofoam would not impose economic hardship on Culver City’s food services industry. Many Culver City restaurants stand ready to assist their colleagues in making the right decision and no longer serving their customers with food in Styrofoam containers.”

Jessica Borek spoke on behalf of the California Grocers Assn. She said the association has concerns about the ban as they are about “80% small members,” who worry the ban will damage them economically. They ask to be consulted during the process of developing the ban.

Anh Nguyen of the California Restaurant Assn. said they too, have concerns about the ban. They strive to be eco-friendly. But they ask that the ban be developed collaboratively. When asked directly by Councilmember Cooper, “We’ve heard estimates that it will cost a restaurant between $3,000 and $5,000 to comply with this ban. Is that accurate?” Ms. Nguyen replied “I think that’s a good average.”

Dr. Marcus Erikssen, 5Gyres, Director of Research and Co-Founder. Dr. Erikssen has spent a decade studying the problem of plastics in our oceans and waterways, and his years of research have led him to the conclusion that only by BANNING polystyrene entirely can we rid the planet of this increasingly serious problem.

Peter Bennett, a photographer and local businessman. Mr Bennet presented a locally produced video called “River of Trash,” composed of photos of the Los Angeles River. He supports the ban.

Jim Lamm, President Emeritus of Ballona Creek Renaissance, the creator of the agenda item, also spoke. After several decades dedicated to cleaning up the mess in Southern California, Mr. Lamm believes the ban is due.

Samantha Martinez represented the Plastics Manufacturer’s Assn. She says the association members are looking to develop so-called “end of life solutions.” She supports “diverting” the materials in question, but NOT banning them.

Amy Rosenstein, current President of BCR, claims Santa Monica is “almost completely weaned off “styrenes” and she claims that the change in attitude is generational. She submitted a survey to the City on the afternoon of the 8th. 7 out 11 restaurants she surveyed were completely getting rid of styrenes. Santa Monica provides incentives, such as free ads on buses.

Joe Galliani of the South Bay 350 Climate Action Group stated that “Manhattan Beach has banned all polystyrenes, and NO one is crying over the restaurant business in Manhattan Beach.”

Kelly Kent, member of the Culver City Board of Education said that “The School Board has a ban in front of it, and it will be coming back.” She and the Chair Steve Levin both definitely support the ban.

After the public had been heard, discussion reverted to the Council.

Goran Eriksson objected; more in house processing was needed. He noted that there was a meeting of staff with foes to polystyrene but no industry reps were present, and that it had bee presented to staff as though it was a “full” sustainability conference, with all viewpoints represented.

Meghan Sahli-Wells noted , “There was outreach.” It was the on the agenda of the regularly scheduled sustainability subcommittee.

Eriksson continued his comments; “We need to get a real recycling system in place. Because styrofoam is everywhere in the food chain — plastic-wrapped ground beef? There needs to be a place for it to go.  I am not in favor of ban. Paper coated in plastic is worse, because it’s not recyclable at all. Greenhouse gases are generated by alternatives. Petroleum is cheap, and as long as it’s cheap, this isn’t going away. Does it matter to the restaurants? LA County says it’s $3000-5000 a year per restaurant to replace. It should go back to Sustainability Committee for more stakeholder input from OTHER stakeholders”

Clarification from Susca noted that “At this time we cannot recycle — we can only ban.”

Mayor Jim Clarke saw two issues;  keep styrene out of creek, keep it out of landfills.  Saying that he had “walked on both sides of creek, to see if there’s a problem.  Trash not there, in a mile I saw very little plastic. ” He saw more at the school  – perhpas the so the anti-litter program at the school needs some work), and saw at Overland/Sepulveda but trash bin was full.  Clarke felt that the problem is not from Culver City.

The Vote is 4-1 in FAVOR of sending the bill back to the Sustainability Committee (Sahli-Wells, Eriksson, Cooper and Clarke voting “AYE.”  A NAY vote was cast by Thomas Small.) The committee is to instruct and aid staff in crafting a potential ordinance that will deal with a ban of styrene.

The Council then turned its attention to Agenda # A-7,  – (1) Discussion of Mayor Clarke’s Proposed Policy Regarding Responding to Inquiries to the City Council from the Public; and (2) Direction to the City Manager as Deemed Appropriate.

This matter was also referred to committee, but this time to the City Council Policy Committee (which seems sensible) for improvement.  While such a policy would seriously cripple the potential for “backroom deals” to be made between councilmembers and “interested parties,” it could also, according to CouncilMember Sahli-Wells, constrict a member’s ability to “respond to constituents.”  The matter will be re-agendized when staff and the committee have had time to craft a worthwhile policy.  Passed unanimously.