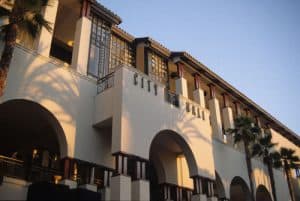 The scheduling on any City Council agenda happens well in advance of the evening, so while the number of police related items on the docket for July 11, 2016 had no foreknowledge of the tragic shooting in Dallas last week, it created a sense of reflection that went beyond procedure.

Council member Meghan Sahli-Wells asked that the meeting be adjourned in memory of the victims in Dallas, as well as the victims of the police in Baton Rouge and St. Paul, and the council voted to do so.

As one of several proclamations at the start of the meeting, Reserve Police Officer David Gushansky was congratulated on his retirement after 21 years helping the force. “It’s made my life so much richer, it’s just been a great time, working with CCPD, and I’ll always be glad I served.” Gushansky’s family was on hand to applaud his commendation, and Chief Bixby shook his hand. Officer Jason Sims was congratulated on completing his FBI training, and again, Bixby offered his pride in his department, and how the individuals work together to keep high standards.

With so many cities suffering at the hands of their police, there was a sense of comfort from many in the audience that the CCPD was presented as being both professional and personable.

Later in the meeting, the vote was “yes” to place on the November ballot the transfer of hiring and firing of both police and fire chiefs from the City Council to the City Manager.

While the current council has had no controversy in this category, previous councils have, and transferring the power to the City Manager would be a way of preventing the issues of the past from cropping up in the future, if the voters approve.

Also approved for the November ballot wass the ‘Stormwater Parcel Tax.” The city’s legal responsibility to make certain that the water we are sending out to the ocean meets the standards of cleanliness is projected to cost as much as $125 million, and the proposed parcel tax calls for a $99 assessment for single families, $69 for multi-family buildings, and $1,092 per non-residential acre.

The proposed amendment to lift the council’s current term limits was defeated.