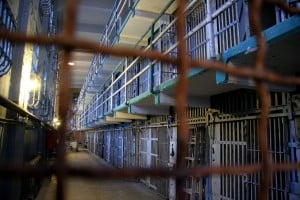 A bill lauded by many as a prudent step towards reducing the mass incarceration of low-level, non-violent drug offenders failed passage yesterday, June 28, in the Legislature. SB 966, which would have repealed the ability of district attorneys to tack additional sentence enhancements on prior low level drug crimes, failed the Assembly Public Safety committee on a 3-2 vote, with 2 members abstaining. Four aye votes are needed for passage.

Senator Holly J. Mitchell (D-Los Angeles), the author of the bill, expressed her disappointment in the committee’s inability to pass a measure that has received the support of more than 40 organizations. “Every year there is the same conversation in the Budget committee when we wring our hands over the amount of funding that we must direct to the Department of Corrections and Rehabilitation to house low-level drug offenders who would be better and more inexpensively served with drug diversion programs,” said Mitchell. “Unfortunately, the Assembly committee missed the mark in defeating my bill which is narrowly tailored to affect only non-serious, non-violent and non-sex related drug crimes. Despite 30+ years of data which clearly demonstrates that the “War on Drugs” has been a failure both in practice and in outcome, I am surprised by the lack of motivation on the part of my colleagues to acknowledge this failure and to do something about it.”

Lynne Lyman, state director of the Drug Policy Alliance, echoed the frustration of Senator Mitchell, “Some committee members seemed fixated on drug cartels and high level traffickers, who are not the target of SB 966. This bill is crafted to address excessive sentencing of low-level drug offenders, who are often struggling with poverty, mental illness and substance abuse, and have already served their time for prior convictions.” Supporters of the bill testified that sentence enhancements have resulted in overcrowded jails and prisons, unjustly harsh sentences for nonviolent crimes, and crippled state and local budgets.

“As noted by Michelle Alexander, author of “The New Jim Crow”, it is clear that purely punitive responses to drug crimes have not had a positive effect on outcomes nor has it reduced the availability of drugs,” said Mitchell. “Instead it has devastated poor communities of color and driven our prison population to the brink. When do we say enough is enough?”