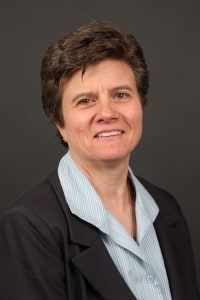 It was a solemn and moving moment at the school board meeting on June 14, 2016 when school board member Kathy Paspalis took a moment to pay her respect to the victims of the Orlando massacre at the gay nightclub, The Pulse. Paspalis asked “Please bear with me, this will just take a moment, and it’s very important that we all understand this.”

Quoting from Alex Darke, Paspalis offered her reflections on an internet post – “Earlier today, a friend remarked: “I don’t understand. The way you are reacting, it’s almost like you knew someone in the club.”

Here’s the thing you need to understand about every LGBT person in your family, your work, and your circle of friends:

We’ve spent most of our lives being aware that we are at risk.

When you hear interviewers talking to LGBT folks and they say “It could have been here. It could have been me,” they aren’t exaggerating. I don’t care how long you’ve been out, how far down your road to self acceptance and love you’ve traveled, we are always aware that we are at some level of risk.”

As she read through the list of names and ages of the victims, many in the audience were further shocked that they were so young. A majority of those gunned down were under 25, and many not even as old as 20.

Paspalis noted afterwards that while items read into the record were not always so newsworthy, having them as part of the record was vital, and letting more allies get the full effect of the horror could help in mobilizing action.