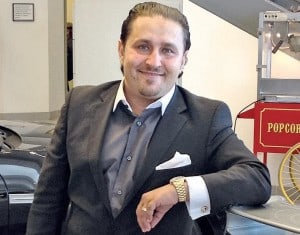 The master-planned walkable community of Playa Vista is about to get a whole lot of cars — and possibly a hotel or residential tower. Car dealership mogul Hooman Nissani acquired an 8.5-acre site just outside of the planned area boundaries in Google territory for roughly $83 million in a deal that closed Thursday, June 16, 2016. The seller was Beverly Hills-based Black Equities Group.
Nissani, who owns Hooman Automotive Group, paid roughly $9.7 million an acre for the site, only slightly less than the $10 million an acre Google paid for its land near the Howard Hughes hangar. That’s because Nissani has big plans for the site, and even paid Black Equities option payments to keep the property vacant while it was under contract, according to a financing memo.
The plan for the land — which sits on Mesmer Avenue between South Centinela and Jefferson Boulevards in Playa Vista — will go down in two phases, Nissani told The Real Deal. In the first phase, he will redevelop a 128,340-square-foot building on the site into an auto center. Nissani is relocating six dealerships he already owns and operates elsewhere in Los Angeles to the site, including Chrysler, Hyundai, Nissan and Acura dealerships.
However, it’s essentially being built to be destroyed. In the second phase, the renovated building would be demolished to make way for a mixed-use complex, Nissani said. It would include eight dealerships and buildings with other uses, such as a hotel and/or a residential tower, he said, depending on what he can get entitled.
“It will be one of the largest projects ever done in automotive history,” Nissani said.
The land is not currently entitled for residential or hotel uses. Nissani said he is not yet in the entitlement process.
Nissani has hired Dallas-based Lincoln Property Company, which developed Runway Playa Vista and a host of other major projects across Los Angeles, as a third-party operator spearheading the second phase of development. Gensler will design the project.
“We have to determine the highest and best use for the site,” said David Binswanger, who will be heading up the efforts of Lincoln Property Company, which will act as Nissani’s real estate arm throughout the second phase. “It’s a tremendous piece of land that has its challenges. Lincoln will be taking all comments and input from the community to see what’s viable.”
Binswanger said there will be a minimum of several months of community input before any plan is put forth. However, the project is likely to be large and to include multiple uses, he said.
Nissani, through Antonio Hachem of PSRS in Los Angeles, acquired a loan from a life insurance lender to acquire the site and complete the renovation of the building that constitutes the project’s first phase. Hachem declined to comment on the amount of the loan, but sources pinned it at roughly $70 million.
This is Nissani’s first venture into large-scale mixed-use development, hence securing an experienced developer like Lincoln. But it ain’t Nissani’s first rodeo on the car dealership front. He owns and operates a long list of dealerships that include Hooman Toyota of Long Beach, Hooman Nissan of Long Beach, Hooman Hyundai of Los Angeles and Hooman Chrysler Dodge Jeep Ram of Los Angeles. The latter two will be moved from their current locations to the Playa Vista site. He also recently purchased existing Chevrolet, Cadillac, Buick, and Acura dealerships elsewhere on the Westside, according to the financing memo.

“It’s an incredible location right in the middle of Los Angeles,” Nissani said, estimating that the development he envisions, if approved, would create hundreds of jobs during construction and hundreds of jobs once open. “It’s central to a lot of areas with customers.”