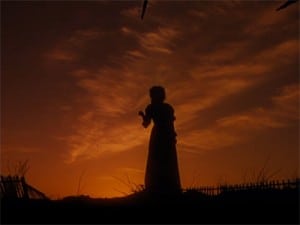 So, now you’re sorry? Now you’re sorry?
I can’t help but notice there’s a lovely slice of Culver City history that fits perfectly. A short bit of dialogue from Gone With the Wind -“You’re like the thief who isn’t the least bit sorry he stole, but is terribly, terribly sorry he’s going to jail.”

For those who missed the last few episodes of this particular soap opera, Ari Noonan’s blog, TheFrontPageOnline, which ostensibly covers local news, ran a post deriding the Brock Turner rape case, calling the woman who was attacked some pretty terrible things. The community has reacted with phone calls to his advertisers offering boycotts, and comments at both the city council and the school board meetings asking elected officials to forgo communicating with him.

So, to Ari – I know you ‘re sorry to lose your advertisers. I’m certain you are sorry that people have realized your hate speech isn’t a hiccup, it’s a habit. And I’ll bet you are very sorry to lose all those contacts in the political community, the men who care about their wives, their mothers, their sisters, and their daughters. Men who care about civility and respect.

It’s my practice to ignore your hateful commentary unless someone sends it to me, and insists it’s important that I read your painfully bad prose. And lots of people thought I should know about this one. You want to express your contempt for rape victims? What’s next, sneering at orphans? Spitting on cancer patients?

The official statistics on rape say one out of four women. A friend of mine noted the other day that in a group of four women, they were four out of four.  These are all the crimes that go unreported, because we won’t be believed, or we can’t prove it beyond a doubt or we just don’t want to raped again by a legal system that puts women through a second hell if and when they dare to ask for justice.

The role model you poured your contempt over? She’s my hero.

I am a rape survivor.

No, in fact, I wasn’t drinking, wasn’t using drugs, wasn’t wearing anything particularly girly (and I only add this only for those people who think those factors have anything to do with rape; they don’t) Someone I thought I knew well disagreed with a decision I had made. We might have argued about it, but instead, he decided to rape me for 5 or 6 hours, torture me, beat me into unconsciousness, and then, just for sport, force me to walk several miles. I ended up in a state of profound shock, and I still have only fragmented memories of the following weeks.

I wasn’t lucky enough to have someone rescue me, or call the cops, or wake up in a hospital. But I don’t say that to take anything away from the survivor of Brock Turner’s attack. My hero, she had the guts to write a letter, to get it out to the media, and be clear and clean and honest about her trauma and her pain.

Alice Sebold wrote a book called “Lucky.” It’s the true story of her rape.  When she reported the crime to the police, she was told this was a serial rapist who usually murdered his victims, so all in all, she was lucky. Lucky, she observed, is not what it feels like.

I know trauma survivors who flinch at the sound of helicopters, and others for whom the sound of glass shattering or tires squealing means breaking into a sudden sweat. We live in a world where many of us fight with our traumas daily. Winning is not assured.

Long before I was raped, I connected with the philosophy of Viktor Frankl. In short, it’s never about the hand you are dealt. It is always about how you choose to play that hand. He created this philosophy during the time he spent at Auschwitz. You might want to read his work.

My rapist? Yes, he was sorry too. He was always a very religious person, and for almost a decade he would make a ritual of sending a letter of apology, written on the official day of atonement. Never saying what he was sorry for, or why, just that he was very sorry.

Apologies are a bankrupt currency.

Mocking a woman for suffering is heartless.

You are sorry?  Frankly my dear, I don’t give a damn.

Editor’s Note – If reading this letter moves you, please pay it forward. There are thousands of organizations that help rape survivors both domestically and internationally. Donations are always needed, and women are raped in every country on this planet every day. Educate the men and boys in your life that there is never any justification for rape.