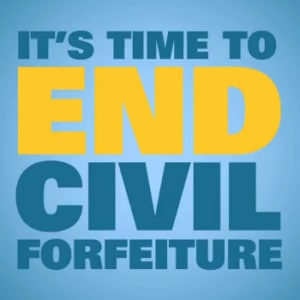 Law enforcement officers have been legally stealing from innocent people for decades through an unjust, racist policy leftover from the failed War on Drugs, called Civil Asset Forfeiture. There will be a critical vote in the California legislature ANY MINUTE that would reign in this blatant abuse, and according to Courage Campaign, Culver City’s Representative in Sacramento, Assemblymember Sebastian Ridley-Thomas, is on the fence.

CALL your State Assemblymember Sebastian Ridley-Thomas NOW at (916) 319-2054 and urge him to vote YES on Senate Bill 443 (SB 443) by Senator Holly Mitchell (D-Los Angeles). It will take less than a minute.

Civil asset forfeiture law allows the government to seize and keep cash, cars, real estate, and any other property — even from citizens never charged with or convicted of a crime. It gives police a free pass to impose on people’s civil rights and disproportionately steal from low-income people of color. And California’s police are some of the worst offenders. In fact, California law enforcement pocketed nearly $600 MILLION from Civil Asset Forfeiture between 2006 and 2013.

Senate Bill 443 by Senator Holly Mitchell (D-Los Angeles) would help close the door on this abuse permanently. But we need concerned Californians like you to have the courage to call out this unjust, abusive practice and urge your state Assemblymember to vote YES on this critical bill before it’s too late!

Law enforcement lobbyists killed this legislation last year. And we know they are stalking the halls of Sacramento this year trying to take it down again. It’s going to be up for a vote on the Assembly floor ANY MINUTE and we need you to help bring it over the finish line.