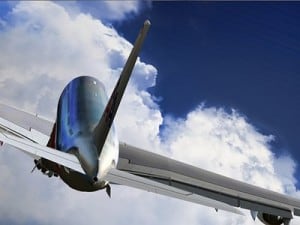 As you may have noticed – it’s not just Culver City. Jet noise is an increasing problem for cities and communities across the country.

United States Senator Elizabeth Warren (D-Mass.) has noticed as well. “There has been a significant increase in airplane noise in communities near Logan Airport, and local residents deserve to have their concerns heard,” said Warren. “This bill will provide communities in Massachusetts and other affected states with a real voice in the FAA’s decision-making process, and will require the FAA to reconsider flight routes that are exposing residents to unacceptable levels of noise.”

Warren introduced the FAA Community Accountability Act to give local communities a voice in the Federal Aviation Administration’s (FAA) decision-making process for flight paths. The bill was also filed as an amendment to the FAA Reauthorization Act of 2016, which is currently being debated on the Senate floor.

Additionally, Senator Warren filed an amendment to the FAA Reauthorization Act requiring the Government Accountability Office (GAO), in consultation with state and local governments and local resident advisory committees, to conduct a study of the FAA’s Next Generation Air Transportation System’s impact on the human environment in densely populated areas.

The legislation will advance a number of policies to improve and strengthen community involvement. The bill would designate a Community Ombudsman to serve as an advocate for airport communities within the agency. End the presumption that flight paths implemented through the NextGen program may not follow pre-existing routes, even when these paths better reflect land use around the airport, and lastly the bill would mandate that the FAA not bypass the environmental review process for new flight paths over the objections of local communities.