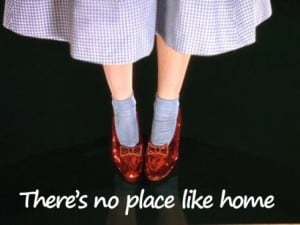 This past two weeks of spring break vacation has been a “staycation” for me. I’ve been making grand international trips over spring break for the past twelve years, starting with annual trips to Japan while my sons studied Japanese during their K-12 years at CCUSD. The job I landed with the same school district in 2004 allowed me vacation time that coincided with theirs. In addition to the Japan trips, I also took them, purposefully, to Italy, Poland and Israel, before one son went off to college and I switched my summer jaunts with a friend to springtime thinking, “now that he’s in college, we won’t have the same spring break.” Not true; I’d some,times find myself off to foreign lands while the boys and other relatives would descend on Culver City for Easter. Most public institutions, albeit mixing church and state, have “Easter week” off, encompassing Palm Sunday, Good Friday, Easter Sunday, and sometimes part of Passover.

2016 was different. The boys came and went while I was still working during Easter week, because our district, in the same fell swoop that eradicated the formerly observed “local holiday” of Yom Kippur in the Fall, determined that Easter NOT ever be a consideration for spring break, and that we would observe our two weeks the last week of March and the first week of April, no matter what. So, for once, I had two weeks off, I wasn’t missing any big family gatherings, but I couldn’t decide where to go, or if I should even go anywhere. That’s the dangerous power of traditions. When you participate in tradition, and especially if you start a tradition of your own, you feel guilty when you break it.

Briefly, I planned to set out alone on an east coast jaunt. First, I’d spend a little time in the greatest city on earth: New York, then I’d make my way down the eastern seaboard to the Carolinas, visiting friends and relatives along the way, and folk dancing every night. I was going to experience a few firsts, which is always a major objective of my travels: Atlantic City, Philadelphia and Baltimore, then venture further south as far as North and South Carolina, because they were “my” states, assigned to me as part of the 5th grade curriculum back in the day.

Then as now, elementary school students in California studied “The Missions” in 4th grade, and “The States” in 5th. These days, they’ve added a Native Americans unit for 3rd graders, unthinkable during my 1960’s upbringing, when Americans were just shedding the “Cowboys versus Indians” narrative. Students are made to embark on sweeping research projects at home; when lucky, they are aided generously by parents. You don’t really learn history until you begin to read on your own, IF you begin to read on your own. Ultimately, instead of traveling America by plane and automobile, I ended up armchair traveling through my spring reading book of choice, “Overthrow,” by Stephen Kinser – I highly recommend it. Rather than reveling on a trip through the colonies, I am thrust into Kinser’s tale of America’s lebensraum tendencies. Namaste (“Na, I’m’a stay”) home, I decided, and I’ve “only” stayed within a 500 mile radius of Culver City: first north, then south.

Starting by meandering up the 101 to the Bay Area, where my sons live, I am never happier than when I am near my boys. Highlights included: a central coast wine country expedition, a homemade shabbat dinner at one son’s house in Daly City, Israeli dancing at the impressive Palo Alto Jewish Community Center, dinner at Francis Ford Coppola’s vineyard, dim sum at Hong Kong East Ocean Seafood in Emeryville with one son, followed by dinner at Sang Tung on Irving St with the other within hours. Beer tasting exploits resulted in the purchase of two “growlers” for family and friends’ consumption at Sierra Nevada’s Torpedo Room in Berkeley and at Lagunitas Beer Garden in Petaluma.

If you go 500 miles north in California, you settle into the lap of wine country luxury. If you go 500 miles south, you are not even in California at all anymore; you are in Baja California, and you need your passport. Also known as Mexico, I traveled to the environs of San Felipe, on the Sea of Cortez, facing mainland Mexico. This coast is the antithesis of the typical Tijuana, Rosarito and Ensenada on the west side of the peninsula. The “cape” of this piece of land is the popular Cabo San Lucas, one of Mexico’s most famous international vacation destinations. San Felipe is pretty much the only coastal “city” around; it’s south of Mexicali and has its own international airport, but is currently most easily visited by car (you can purchase Mexican insurance in Calexico, before crossing the border).

I’ve been around the country and around the world, and this truly is “undiscovered” territory. It is known for its radical high and low tides, said to be the most extreme in the world. The sandy beach I woke up to in the morning exposes itself, at lunar based intervals, to be an underwater desert. As a twenty year veteran of the travel business, I will state: this is a destination waiting to happen, and one of the first I’ve ever seen like this. I am amazed that it’s so close to home. I glamped in a Steinbeck-esque Rocinante of a now-stationary trailer home, and spent days in a hammock under a palapa, on the beach.

To send in this essay, I’ve had to presume upon the limited access of a neighbor’s wifi, and I can’t even upload my own photo this time; it would be too data heavy. Truthfully, Ruth doesn’t usually travel like this, and certainly not during the generous two weeks of spring break. But I’m a non-complacent individual who enjoys new experiences to talk and write about, and always loves to reinvent. Here’s to my Staycation Vacation 1.0.