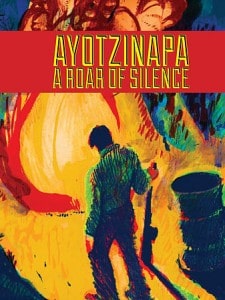 The Mike Kelley Foundation for the Arts yesterday announced the recipients of its inaugural Artist Project Grants—nine nonprofits local to Los Angeles will receive a combined total of $310,000, according to Deborah Vankin in the Los Angeles Times. One of the projects that will be supported is “The Back 9: Golf and Zoning Policy in Los Angeles,” a collaboration between the group Los Angeles Poverty Department and the artist Rosten Woo, made possible by $50,000 in grant funds from the foundation. Other grant recipients are the Echo Park Film Center, Frogtown’s Clockshop, the Mistake Room and Coaxial Arts Foundation in downtown, Pasadena Arts Council/KNOWLEDGES, Culver City’s Center for the Study of Political Graphics, the Los Angeles Filmforum in Hollywood, and the Santa Monica Museum of Art, which after leaving its former Bergamot Station home may be relocating to downtown LA.

Mary Clare Stevens, executive director of the foundation, said in a statement: “These grants are in line with Mike’s concerns and an incredibly important part of his legacy…They recognize longstanding arts organizations such as Los Angeles Poverty Department and very new organizations like Coaxial that take risks, provoke thought and support artists and ideas that might be overlooked.” Kelley established his foundation in 2007 but died in 2012.

The Center for the Study of Political Graphics intends to put their grant money towards exhibiting digital reproductions of political posters, both vintage and contemporary, that address police violence against people of color.

Graphic from CSPG collection show “A Roar of Silence,”  on display now through June 2016.