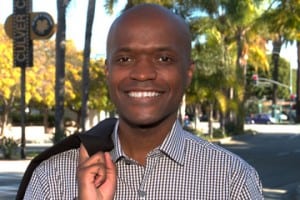 With the support and endorsement of other well known Culver City current and former elected officials such as CCUSD Board Member Kelly Kent, former CCUSD member Nancy Goldberg, a litany of former Culver City elected officials and current commissioners Lee appears poised for victory. If the large crowds at his events and the first place finish in the Ask 2 Know straw poll are any indication this is indeed true.

One thing that distinguishes Lee from the other candidates that have garnered the endorsements of Congresswoman Bass and State Senator Holly J. Mitchell is that both elected officials donated to Mr. Lee’s campaign as well.

The Lee Campaign will hold it’s final fundraiser this Saturday March 26th at the Whole 9 Art Gallery in Downtown Culver City from 7pm to 9pm. The night promises to be full of Art, Food, Drink and surprises. The evening will be capped off by the auctioning of a signed print by Los Angeles artist Shepard Fairy who gained worldwide acclaim for creating the iconic “Hope” poster for the Obama campaign in 2008. Tickets are $50 and include food and drink. Student Tickets are available for $25 but no one will be turned away due to lack of funds. 20% of all gallery purchases will be donated to the Lee campaign.

Tickets can be purchased here: www.eventbrite.com/e/daniel-lee-fundraiser-the-whole-9-gallery-tickets-23881474132

For more information on the campaign and our event please visit our website at danielwaynelee.com/news