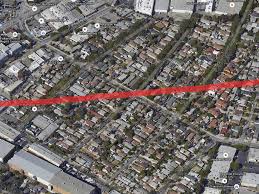 Vowing to fight the Federal Aviation Administration on its flawed environmental analysis of its NextGen flight plan, City Council candidate Göran Eriksson has released a new video that provides an overview of his stance on the issue.
Overflights have become more than a nuisance in Culver City. The sounds of planes flying at low altitude at all hours of the day and night have become a significant threat to Culver City’s quality of life.
As has been done near airports in cities around the globe, Eriksson said the key will be to force the FAA to institute altitude rules that keep planes coming to and from LAX at an acceptable altitude that reduces both noise and pollution in the communities surrounding LAX.
Watch the entire video here: www.youtube.com/watch?v=OJGjXJuSwlY
Eriksson, a small business owner, was recently endorsed by the Culver City Firefighters Association – an endorsement that builds on a growing number of individuals and organizations that have thrown their support to him.
He has been endorsed by four of the five Culver City Council members: Mayor Mehaul O’Leary, Vice Mayor Andy Weissman, Councilman Jeff Cooper and Councilman Jim Clarke. Eriksson has also been endorsed by four of the five members of the Culver City Board of Education: CCUSD Board President Steve Levin, CCUSD Board Member Kathy Paspalis, CCUSD Board Member Sue Robins and CCUSD Board Member Anne Burke.
He has also been endorsed by four former mayors, seven former members of the CCUSD Board of Education and the Culver City Chamber of Commerce. In addition, Eriksson has received the support of the Apartment Association of Greater Los Angeles and the Beverly Hills/Greater Los Angeles Association of Realtors®.