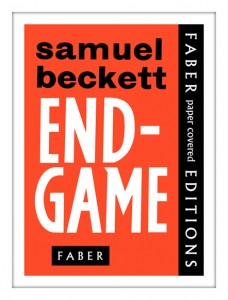 Further casting has been announced for Samuel Beckett’s masterful “Endgame,” directed by one of Beckett’s most celebrated interpreters Alan Mandell at Center Theatre Group’s Kirk Douglas Theatre, April 24 through May 22, 2016. Rick Cluchey was originally announced as part of the cast. Sadly, Mr. Cluchey passed away in December of 2015.

In the absurdist world of “Endgame,” somewhere between existence and death, four characters, Hamm (played by Mandell), Clov (McGovern), Nagg (Greene) and Nell (Rae and Byrd), cling to sanity while performing daily rituals, sometimes comically, as they wrestle some sort of order from the cyclical, repetitious, seeming nothingness of life.

Mandell (“Waiting for Godot,” “The Price” and “The Cherry Orchard” all at the Mark Taper Forum) will also perform at the Douglas with Barry McGovern (“I’ll Go On” at the Douglas; “Waiting for Godot” at the Mark Taper Forum), Anne Gee Byrd (“The Wood Demon” and “The First Picture Show” at the Taper), James Greene (“The Iceman Cometh” and over 20 other plays on Broadway) and Charlotte Rae (“Happy Days” at the Taper). Charlotte Rae and Anne Gee Byrd will alternate in the role of Nell.

The opening is scheduled for May 1.