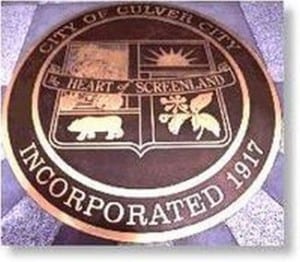 At the City Council meeting on Monday, Feb. 22 , the council will be looking at a Financial Benchmark Study that looks to use data from other cities to give us a sense of where we stand in regard to income and expenses. The study is designed to provide stakeholders with an understanding of the range of funding sources and uses across peer cities in comparison to Culver City.  Finance Committee Vice Chair Crystal Alexander is pleased that it’s on the agenda.  “This was a year and a half in the making, with much effort from all members of the committee and staff from the Finance Department.”

This effort is an eye towards keeping Culver City abreast of other California cities with similar profiles; Beverly Hills, Santa Monica, Monrovia, Brea, Campbell, Fountain Valley and Monterey. While Culver City is physically the smallest on the list, cities were chosen to be ‘peer cities’ in regard to financial factors.

Alexander noted ” It took us quite some time to carefully select the benchmark cities, based on a number of factors.”

For example, the study shows that according to FBI crime statistics, Culver City has the highest crime rate among the cities studied in both violent crimes and property crimes.

“We need to do a better job of providing the tools and resources necessary for our police department to more effectively do its job,” Chair Goran Eriksson said. “We need to look at better technology, better training and better communication with the community. While we enjoy an excellent reputation, the FBI statistics say cities like Santa Monica and Beverly Hills have lower crime rates than we do.”

On the other side of the balance sheet, Culver City requires the highest percentage General Fund reserve of any of the cities studied. By requiring the city to keep a reserve fund equal to or greater than 30% of its General Fund for use in emergency situations, the city has ample reserve. In comparison, Beverly Hills’ policy requires that city to save only 25% in reserves and Brea requires only a 10% reserve.

“These reserve funds are critical as we saw in the 2008 recession,” said Eriksson. “The city currently has well above the 30% reserve requirement, but it is important that we maintain and even grow these reserves so that we can weather the downturns in the economy and the surprise expenses that we know are inevitable. Like we do in our own lives, we need to put money away for a rainy day.”

From rapidly increasing pension and medical costs for city employees to costs associated with the federally mandated remediation of storm water/urban runoff that will cost Culver City upwards of $150 million dollars, the city needs to be prepared for some major expenditures in the next few years.

City CFO Jeff Muir offered, “I commend the FAC members for truly being a ‘working committee’, and being representative of the engagement of the Culver City community.  Culver City is unique and fortunate in that regard when compared to many other cities in California.  I also commend Erica McAdoo of the Finance Department for the support she provided to the FAC during this process.”

Pending further direction from the City Coucil tonight, in-depth analyses may be conducted. The complete study is available at www.culvercity.org/city-hall/information/view-public-notifications/-folder-267