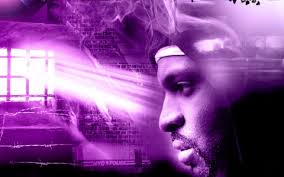 Bryonn Bain was wrongfully imprisoned in New York City while studying law at Harvard, and opted to turn his ordeal into an educational inspiration.  This remarkable one man show offers Bain performing as 40 different characters in ‘Lyrics from Lockdown.” On Feb. 12, at the Actors Gang, Homeboy Industries founder Father Greg Boyle will be present to lead a post performance discussion on mass incarceration and racial profiling. Sankofa.org and the Actors Gang will celebrate with a reception afterwards.

Bain is a prison activist, spoken word poet, hip hop artist, actor, author and educator. Bain’s discussions and debates have aired on BET’s award-winning talk show “My Two Cents,” where his guests have included Jim Jones, LL Cool J and Snoop Dogg to name a few. Bryonn has lectured and performed at over 100 colleges and correctional facilities around the world.

Upon launching the “Lyrics from Lockdown” national prison tour/campaign, Bain created a university course by the same name that he taught at NYU, The New School, Columbia to link students to prisoners at Rikers Island, and has performed the hip hop theater/spoken word production “Lyrics from Lockdown” (executive produced by Gina and Harry Belafonte) for sold-out theaters on three continents worldwide.

For ticket info, click on the ad for the Actors Gang directly to the right.