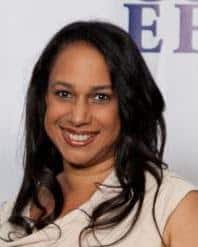 CCUSD’s Assistant Superintendent for Human Resources Leslie Lockhart has been named Personnel/Human Resources Administrator of the Year for the Association of California School Administrators (ACSA), Region XIV.
Lockhart will be honored at an awards dinner on April 27 at the Grand Event Center in Long Beach and is now eligible for ACSA’s statewide Administrator of the Year Award.
“This award is presented annual in recognition of the outstanding performance and achievement of an individual in the public school system,” said Aaron Benton of ACSA.
Lockhart has a long career in Culver City schools. Prior to taking over her current position, she served as CCUSD’s Director of Special Projects Lockhart, principal of El Rincon Elementary School and assistant principal of Culver City High School.
Lockhart has been an educator for 30 years, with 29 of those years in the Culver City Unified School District. Under her guidance from 2004 to 2008 at El Rincon, API scores increased from 786 to 835, and she piloted the full-day kindergarten program, created 5th-grade Exit Portfolios presentations, and the 5th-grade ballroom dance program.
Lockhart also piloted the Growing Great Program and created the annual Cultural Faire where all cultures are celebrated and appreciated. Due to her efforts, El Rincon will be a Global Science Focus School, where a hands-on science lab will serve students and be a science staff development center for elementary school teachers district wide. She also implemented community and global awareness programs, including a Malaria Documentary and Fundraiser and a fundraiser to help support the victims of Hurricane Katrina.
As assistant principal of Culver City High School, she developed, maintained, evaluated, implemented and enhanced extracurricular activities that helped to promote student achievement and general student well being. Lockhart also created the Student Inter-Cultural Advisory committee where students were trained in the anti- hate and anti-bias curriculum.
She earned her master’s degrees in Educational Administration and Business Administration from Pepperdine University and her bachelor’s degree from UCLA.