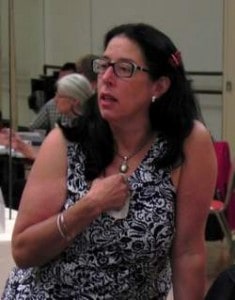 During the last quarter of 2015, I mustered up what felt like my entire writing prowess to sit with my dying friend and attempt to transcribe a few of the highlights of her life, before the light she shone on us all was extinguished on December 7, 2015.

That was my 57th birthday, and the last time I was able to eke out an article for this column of mine. I felt like I might’ve needed a week or so of what we call the “shiva” (first seven days of mourning) period in Judaism. But that death was quickly followed up by the passing of another close friend exactly a week later.

In rabbi-like form, I had the honor to play roles in the memorial services for both friends. The backward reflections that accompany posthumous “celebrations of life” are melancholy events that blocked my ability to write in a carefree manner for this column. Following my personal losses, there’s been a spate of zeitgeist denizens passing in rapid succession, all in their late 60’s, trumpeting the realization that I’d probably be party to more endings than beginnings going forward.

However, an otherwise somber start of the new year – that “shiva” of seven turned into “shloshim” (the first thirty days of mourning) – transformed, as I was called upon to give a toast at a wedding. I thought it would finally bring me out of my writing slump. I wrote a speech for the wedding, and delivered it on January 10th.

But still, I was not able to bring myself to write a piece for this column. I was reminded of a phrase my father used to quote from the Italian to me, “sto sito quando, non sto bene,” which means, when I’m quiet, I’m not good. If I’m not writing, it means things are not 100% by me. I felt, and still feel, as if the spirit that spurred my spinning of sentences had sailed off, as if my mojo was missing.

I spent most of my life not thinking of myself as a writer at all. And then, as if bestowed a symbolic pen by the Great and Powerful Oz, overnight I’d turned into a turner of phrases. I started this column, self-published a book of my writings, and began to utilize my writing skills to help my students, colleagues and supervisors by spinning copy as needed. Language and social arts are usually less lucrative than mathematical or scientific (so-called “STEM” in recent educational parlance) pursuits, and less useful in life than trade or technical work, but the writing has come in handy personally and professionally. Indeed, I am a handyman of the written word.

I hope now that this “Two Funerals and a Wedding” reel, and the hiatus I’ve taken as an excuse for it, shall serve instead to reinforce my prior commitment to live life to the fullest, continue my travels, dance incessantly, and be passionate about family, work and home. Here’s to 2016, and to getting back into my groove.