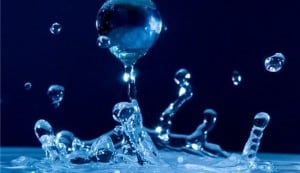 West Basin Water District has released the 2016 schedule for free water education programs offered to residents and businesses in its service area. The free community programs include water recycling tours and ocean water desalination briefings on alternating months, along with an ongoing Speakers Bureau for organizations interested in having a West Basin water expert speak about various water issues.

Water recycling tour attendees will learn about the water purification process and visit the only facility in the world that produces 5 “designers” waters out of wastewater. Guests will also have the chance to taste purified wastewater. In 2015, West Basin celebrated 20 years of water recycling at the state-of-the-art Edward C. Little Water Recycling Facility, and has produced over 165 billion gallons of recycled water to date.

“It is becoming increasingly important to provide the community with these types of water education programs,” said West Basin Board President Gloria D. Gray. “As the drought continues into its fifth consecutive year, it is essential for our communities to learn about California’s precious resource and what we can do to be as water-efficient as possible.”

All tours and briefings will be held at West Basin’s Edward C. Little Water Recycling Facility in El Segundo, beginning at 9:00am. Registration is required. Interested attendees can email [email protected] or call (310) 660-6243.