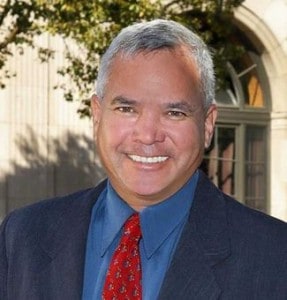 Thomas Small launched his city council campaign on January 10, 2016 at the home of former mayor David Hauptmann (and spouse Diana) with an enthused crowd and a trademark touch of class. Before addressing his supporters, Small introduced Arlette Cardenes, the president of the Culver City Chamber Orchestra to treat the party to some Bach on her cello (see video) IMG_1183

As a current commissioner of Cultural Affairs with the city, Small said that he “likes to share music and art, as a reflection of what matter to us, and what our culture has to offer.”

Small himself was introduced by several of his supporters, including President Emeritus of the Ballona Creek Renaissance. Jim Lamm. “We are very similarly inclined,” Lamm noted “as I am an architect who writes, and Thomas is a writer who works with architects.” Lamm praised Small’s  service to the city and encouraged the run for council.

The recently elected school board member Dr. Kelly Kent also spoke in praise of Small taking on the run for office. “We really would like to have the city working more closely with the school district, and together, we can get that process moving forward.”

When Small spoke to the crowd, he was gracious in his thanks of his neighbors the Hauptmanns for hosting, and all the volunteers he already had taking names and organizing people.

Presenting his biography, he noted his Filipino mother, his “Western” father, his family work ethics, and his educational trajectory from Northern California to Yale and then graduate school in Europe. Stating that his children are students at Linwood E. Howe, where his wife Joanna Brody is the President of the PTA, he said “We did not come to Culver City by chance. We looked long and hard for a community that we would want to raise our children in. What we have here are the advantages of a small city, and a neighborhood that we can walk in.” Noting the proximity of the train and the businesses of downtown Culver City, he compared it to the small cities he had come to love as a young man in Europe.

With the music, the people and the positive push, Small is already in campaign mode, headed towards April 12.