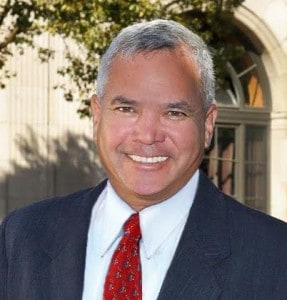 Thomas Small invites all interested residents to his campaign kick-off event and celebration this Sunday, January 10, from 2 p.m. to 5 p.m., at the home of David and Diana Hauptman, 8925 Carson St., Culver City 90232.

The kick-off will be Thomas Small’s first opportunity to share his thoughts about Culver City with the community at large. He will focus in particular on conscientious development, growing the city’s creative businesses, ways to engage more residents in the city’s civic life, and stronger relationships between city government and the schools.

Community leaders will share their support for Small during the celebration.

As a cultural bonus, Arlette Cardenes, cellist and music director of the Culver City Chamber Orchestra, will perform Suite for Cello No. 1 in G major by Johann Sebastian Bach.

As a commissioner, he is working to update the city’s approach to historic preservation. He also serves on the commission’s Art in Public Places subcommittee, working closely with all new major development projects in Culver City.

Thomas Small is an architectural writer and an expert in the fields of architecture and historic preservation, urban design and conscientious development. He collaborates with architects, designers, engineers, developers and communities to create and enhance architectural projects, neighborhoods, and developments.

He and his wife, Joanna Brody, have two young children who attend Linwood Howe Elementary School, where she chairs the PTA and he is a parent-volunteer in the before-school Spanish enrichment program, which his wife co-founded. Thomas has also coached AYSO youth soccer.

Small is board chair of Jacaranda Music, the internationally renowned classical music series, and is a board member of the Architectural Foundation of Los Angeles (AFLA). A graduate of Yale University, he held a French national fellowship at the University of Paris, and a National Endowment for the Arts (NEA) fellowship at Columbia University’s School of Journalism. He is fluent in Spanish, French and Italian.

For more information about the event and to RSVP, email [email protected]