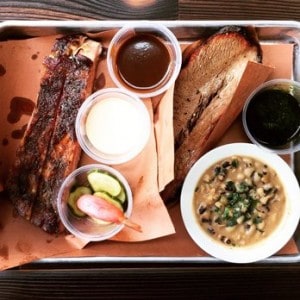 In stark contrast to the dining experience I had earlier at Hanjip, yesterday I stopped in at our new Maple Block, which inhabits the space of our old pizzeria Villa Italian. I had a very, very different experience from either Hanjip or Villa Italian, to say the least. With or without the food, things were already perceptibly different when I was able to grab a comfy seat at the bar, and be greeted by a friendly, knowledgeable, bartender/server. I could, sit wherever I wanted late on a Monday evening, although I’m not sure that would be the case on busy weekend nights.

First, parting words about Villa Italian; one day we were ordering a large sausage pizza with extra tomato sauce on the side, a large beef ravioli and a large Caesar…and the next thing we knew, the place was gone, shuttered, boarded up after 60 years of business. I can still taste that square, crispy around the sides, pizza, with its cheese topping holding down the sausage underneath. I imagine that I’ll always be able to taste that pizza in my memories. Villa’s contemporaries, from Anna’s on Pico to the still-alive-in-our-hearts La Barbara’s on Wilshire, had mostly passed on already; I guess it’s time had come.

Maple Block’s look, however, is still reminiscent of Villa Italian’s. The actual footprint inside is not much changed, and one can be nostalgic in a more modern, woody, bluesy, atmosphere, with a nice, long, bar, where a person can walk in, belly up, and order from a nice enough selection of craft beers and wines (no hard liquor drinks yet). Beer fitting well with BBQ, there are no complaints from me on this front.

If Villa Italian had to go away at all, I’m glad it was replaced by another restaurant, and not a loud dive bar (like Tokyo 7-7) or nothing at all (like Royal T) or by a lesser barbecue joint (like/than Santa Maria). Speaking of barbecue, Maple Block is a horse (not on the menu) of a different color; it’s got all of the requisite barbecuey things listed all right, but what comes out is on another level entirely from any barbecue place around, and this is Culver City, currently home of sixteen tons of barbecue restaurants, countless pet stores and two Targets.

I had tried to go to Maple Block previously on two or three occasions, and it was always closed. First time, they just hadn’t opened yet, the second time they were closed already, and the third time, just last weekend, I apparently ran afoul of their policy of closing between lunch and dinner. I think they are planning longer hours, now that they’re settling into their groove. Tonight, I noticed the lights ablaze after I’d done a run to Trader Joe’s around 8pm, and didn’t feel like going home and cooking what I’d bought. I was craving a little slice of meat/steak for a change, since mostly what I eat all day is fruits, veggies, and little shreds or protein here and there. If you are in the mood for meat, you’d have arrived at the right place, although let it be known that there ARE vegetarian options at the place, and fish.

What was placed in front of me within ten minutes of being seated was a kind of tray, with butcher paper on top, and four or five thinly sliced slabs of THE tastiest brisket meat I’ve ever had in my life. It had a slightly peppery, crispy crust around the outside of each price, and then a thin line of red, smoky, outline, and inside was the brisket as one might know it, but so soft it could be cut with a spoon. Contrary to what I said about the meat (which I am sure IS high quality) at Hanjip, THIS is meat you could not easily produce on your own at home.

I also ordered the grits. OMG is the only appropriate reaction; I actually watched the guy next to me bite into his, and nod his head every so slightly as he ingested them; I know I closed my eyes and savored them in an expression of ecstasy myself. The creamy grits are topped with a delectable brisket gravy that has little chunks of brisket slathered into it, and there are chopped green onions with strings of fried onions on top; it is a meal within a meal – the only thing missing from the food pyramid being fruit.

Just when I was about to leave, I spied someone ordering the biscuits; they come in a party of three, and are crispy on the outside, warmly puffy on the inside, and come accompanied by honey butter. Oy vey, I can’t go near a Weight Watcher meeting until I work this off; do I get credit for NOT having dessert? The biscuit seeming enough like dessert, I was not compelled to try the cobbler or other two selections they had. The interesting things about the menu is that it is outfitted with everything you’d imagine seeing at a barbecue place, from grits to greens to ribs, but it’s all prepared with an utterly caring flair at this chef’s first restaurant of his own, right here in Culver City.

If money were no object, I feel like I’d eat at Maple Block every night. Alas, money is an object, and it would get a little pricey fast; this is not a discount barbecue joint, nor does it purport itself to be. I am going back Friday to get my friend Kari (see last weeks’ Ruth’s Truths) some grits; she’s a world-class blues aficionado, and love of the blues is often accompanied by love of good barbecue, which is why Blues is often heard or associated with barbecue restaurants from chains like Lucille’s to Baby Blues BBQ on Venice, and Maple Block is no exception to that tradition.