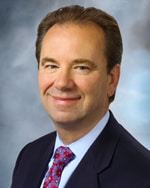 Editor’s Note – Happy to satisfy multiple requests from our readers, Culver City Crossroads will be running John Nachbar’s report to the city council every other week. The City Manager’s Report covers current events,  construction and development updates, transportation news and the latest from the police and fire departments.

• IndieCade – The 2015 IndieCade Games Festival [took] place this [past] weekend with newly developed, free games available for testing at the Culver City Fire Station, along with other events and independent game play opportunities throughout downtown Culver City. For a complete schedule and ticket information, go to www.indiecade.com.

• The Asian World Film Festival – This Festival will take place at the ArcLight Cinemas in Culver City October 26th – November 2nd, featuring films from countries all across Asia. The festival provides a unique opportunity to showcase Asian films to the Oscar® Academy, The Hollywood Foreign Press Association and all Guilds for enhanced exposure and awards consideration. The films are open to the public, and students with valid ID will be admitted free. All films will have English Subtitles. For more information and a schedule go to www.asianworldfilmfest.org.

• Community Development Block Grant (CDBG) – The City hosted a planning meeting with CDBG administration staff on October 21st to discuss programming for CDBG fund allocations for Fiscal Year 2016-17. The next annual CDBG Advisory Committee meeting is scheduled for 6:00 pm Thursday, November 12th in the Dan Patacchia Room at City Hall.
• Hayden Tract – Economic Development staff met with a large production company in the Hayden Tract to discuss parking operations and issues in the area. The production company’s existing permit will be revised to reflect new conditions that are intended to address the impacts.
• Commercial Properties and Public Facilities – Staff received quotes from various companies for pressure washing and tree trimming at Media Park and is working with Parks, Recreation, and Community Services Department staff on the landscape of the park. In addition, Economic Development staff coordinated with Marina Landscape, Inc. on maintenance issues at the Washington-Centinela project and the Baldwin property.
• Culver City Arts District – At the October 26th City Council Meeting, the City Council will consider initiating the first step in the formation of a Business Improvement District for the Culver City Arts District. This meeting is the first of three meetings in the formation process.
Fire Department

• California Great Shake Out – On October 15th, City Staff and local schools participated with 10.5 million Californians in the Great ShakeOut. At 10:15 a.m., City staff practiced how to drop, cover, and hold on. Staff then evacuated from their respective buildings taking with them their assigned emergency backpacks and met in pre-designated meeting places.
• Citywide Disaster Drill – On the evening of October 15th, the Culver City Fire Department, the Culver City Amateur Radio Emergency Service (CCARES), and City residents participated in the Annual Citywide Disaster Drill. Participants also practiced how to drop, cover, and hold on and how to activate their family disaster plans. Additionally, CCARES volunteers responded throughout the City to simulate and practice their emergency communications with the City Emergency Operations Center (EOC).
• Emergency Preparedness Drill – On October 15, the Culver City Fire Department conducted a back-up communications drill with Los Angeles County’s Office of Emergency Management. Should phone lines go down during a disaster, the City can use Countywide Integrated Radio System (CWIRS) radios, satellite phones and ham radios to communicate. All systems worked successfully. City staff members were able to communicate clearly with the County and all 88 cities in the region via the CWIRS radios and satellite phones.
• Halloween Safety Tips – As you prepare for Halloween this year, the Culver City Fire Department wants you to keep a few safety tips in mind to ensure a fun time for all.
• Purchase costumes made of flame resistant or flame retardant material.
• Provide children with glow sticks or flashlights to help them to see and to be seen by drivers. Decorate costumes and bags with reflective tape or stickers.
• Remind children to cross the street at corners, using traffic signals and crosswalks. Look left, right, and left again before crossing, and walk (do not run) across the street.
• Keep decorations far away from all open flames and heat sources.
• It is safest to use a battery-operated candle or glow stick in jack-o’-lanterns.
• When driving, slow down and be especially alert in residential neighborhoods. Children are excited on Halloween and may move in unpredictable ways.
• More tips are available on the City’s website. http://www.culvercity.org/Government/PublicSafety/Fire/News/HalloweenSafety2015.aspx

• Student Worker Program – In collaboration with the Culver City Unified School District, the Human Resources Department has rolled out a new Student Worker program. The program is designed to provide Culver City High School students with work-related skills and experiences and to introduce them to the rewards of working in local government. There are three sessions offered with each session lasting six-weeks. The first session, consisting of 11 students, began on Monday, October 12th. Each student has been assigned a mentor in a City department based on his or her expressed area of interest.

• Culver City Senior Center Health Seminar – The Culver City Senior Center will present a health seminar entitled “Eat Smart, Live Strong.” Learn about easy ways to make smart food choices, what to make with seasonal fall produce and get tips on how to buy healthy and organic foods on a budget. This seminar takes place on Tuesday, October 27th at 10:15 am at the Senior Center. All education programs are free to the public age 50+. Come learn healthy habits to practice at home!

• Senior Center Medicare Information Program – On Tuesday, October 27th at 10:00 am, the Culver City Senior Center will present “Medicare 101.” This educational presentation is about the four parts of Medicare (A, B, C and D); who is eligible, what Medicare does and doesn’t cover, and when you can make changes to your plan. You will get the answers you need to make an educated decision about Medicare. Bring any and all questions. All of our educational programs are open to the public age 50+.

This event is designed to give community members an opportunity to come together, to inspire children, to help youth see themselves as part of a national movement, and to ignite a passion in the future thinkers and creators. The event was held at West Los Angeles College.
• Culver Crest Neighborhood Watch- On October 20th, Lieutenant Sam Agaiby attended the Culver Crest Neighborhood Association meeting. Lieutenant Agaiby presented the group with recent crime trends for their neighborhood.
• Culver City Rotary Club Honors Chief Bixby – On October 14th, the Culver City Rotary Club presented Chief Scott Bixby a Certificate to become a Paul Harris Fellow, an honor awarded “in appreciation of tangible and significant assistance given for the furtherance of better understanding and friendly relations among peoples of the world.” When $1,000 is donated in a person’s name they become a Paul Harris Fellow. This recognition is named after the founder of Rotary International, Paul Harris.
Public Works Department

• Safe Routes to School Summit – On October 21st, Council Member Meghan Sahli-Wells (pictured below) addressed attendees at Metro’s Regional Summit to support the Countywide Safe Routes to School (SRTS) Initiative. This initiative supports, promotes, expands, and encourages collaboration among SRTS efforts in Los Angeles County including walking, bicycling, carpooling and transit for school travel. An objective of this program is to expand mobility choice and improve health and safety of children and their families.

The goals of the Regional Summit included identifying activities, programs, and responsibilities as part of a Regional SRTS Program; matching specific partner organizations with feasible and implementable activities and programs; increasing local capacity and knowledge for implementation of SRTS and related programs; identifying short-, mid-, and long-term strategies for implementation, which will be incorporated into Metro’s Active Transportation Strategic Plan; and identifying strategies to increase competitiveness of Los Angeles County for successful grant funding opportunities in the future.

• Culver City Receives $2.6 Million Grant for Bicycle/Pedestrian Safety Project– The City of Culver City has been awarded a $2.6 million grant for the Washington-Culver Pedestrian and Bicycle Safety Project. The funds were awarded through the Active Transportation Program (ATP) Cycle 2 Grant.

• Drought Forum Held on October 9th – Mayor Micheál O’Leary addressed attendees of the Drought Forum for Elected Officials hosted by the West Basin Municipal Water District held at Culver City’s Courtyard by Marriott. The Mayor presented information on the City’s water conservation program that was created in response to the drought and upcoming storm water treatment projects. The Forum included several speakers from State and local government who presented up to date information on recent El Niño developments along with water reclamation and treatment projects.

• Electric Vehicle (EV) Charging Stations – The City of Culver City and NRG eVgo announced the installation of three new public EV Charging Stations on the first floor of the Ince Parking Structure located at 9099 Washington Boulevard and one at City Hall. Their installation was celebrated at a Ribbon Cutting Ceremony held on October 14, 2015. Mayor Micheál O’Leary provided opening remarks and was joined by Council Members Jim B. Clarke and Meghan Sahli-Wells. The NRG eVgo team was on hand and represented by Terry O’Day, Vice President of California Business Development. Mr. O’Day also stays busy in his role as a Council Member for the City of Santa Monica! Culver City is pleased to have embarked on this partnership to better serve drivers of electric vehicles.

Southern California Edison’s contactor will begin the process of removing and replacing forty-four deteriorated utility poles, as well as, replacing equipment and wiring on an additional thirty-one utility poles. This work will occur in the neighborhood north of Culver City High School, between Elenda Street west to Sepulveda Boulevard and Wagner Street south to Braddock Drive.

The work is scheduled to begin October 26th and be completed by January 15, 2016.

• Rideshare Week in Southern California – Rideshare Week was celebrated during the week of October 4th – 10th. The Transportation Department encouraged citizens to “share the ride” by participating in Rideshare Fairs, including the UCLA Rideshare Fair and the Aerospace Corporation Annual Commuter Fair. Staff was on hand to answer questions and pass out information to attendees curious about Culver CityBus routes and services.

• On the Town with Your TAP Card! – Transportation staff hosted a workshop at the Culver City Senior Center on Wednesday, October 21st as part of the series “Public Transit is for Everyone.” The session provided an overview of the new TAP card and participants were given easy, step by step instructions for sign up and usage, provided with materials to take home and given tools and resources to find out more information about the program. Participants were allowed to apply for their card on site to join the program!

• Transportation Survey with Move LA – A new transportation funding measure is under discussion, and people across Los Angeles County are talking about which projects they would like to see funded with revenues from the Measure. Move LA is working with Metro on formulating the agency’s Long Range Transportation Plan — which increases the likelihood that particular projects will get funded — and trying to understand priorities across the county. Move LA is seeking input from people living in the County about how the public would prioritize investments in rail, bus, bike lanes and wider sidewalks, freeway improvements, road repairs.

Move LA’s online survey (link below) takes approximately 5-10 minutes to complete. The public can weigh in on the particular projects that are being discussed for funding. A red asterisk indicates a mandatory question. Once completed, press send and you can also share with others using the social buttons.