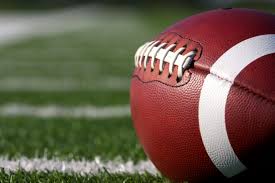 The Culver City Middle School 6th Grade Flag Football Panthers easily defeated visiting Mark Parent (Inglewood) Middle School 33-13 on Friday, improving to 3-0. This much anticipated match up turned into a romp shortly after the game started, and the outcome was never in question.

Panther safety William Schultz intercepted a Parent pass on the first play of the game, taking the ball all the way into the end zone for a 41-yard pick-6, giving the Panthers a 6-0 lead. Cornerback Brandon Zeidman intercepted Parent’s second offensive play, giving Culver City the ball on the Parent 23 yard line. Quarterback Emmuanel Shaw connected with wide received William Schultz for a 23 yard touchdown pass on the Panther’s first offensive play, giving Culver City a 13-0 lead and the rout was on.

After Parent was unable to move the ball on its next series, it elected to punt. Emmanuel Shaw received the punt on the Parent 35 yard line and maneuvered his way into the end zone for yet another touchdown. Despite having only one offensive play from scrimmage, Culver City led 20-0. Culver City wasn’t done scoring, as wide receiver David Lee scampered 27 yards on a reverse for a touchdown extending Culver City’s lead to 26-0. William Schultz intercepted Parent’s next play, bringing the first half to a merciful end.

Parent scored twice in the abbreviated second half, and Emmanuel Shaw rushed to the right for a 41 yard touchdown to end the scoring. The officials called the game with the Panthers leading 33-13 with ten minutes left to play. For the game, William Schultz scored twice and intercepted three passes. Emmanuel Shaw ran for 124 yards and scored twice on the ground, and threw for one touchdown.

The Panther defense was led by Thomas Chee and Miro Garrett who consistently pressured the Parent quarterbacks. Now 3-0 against sixth graders, the Panthers have been added to a more competitive 7th/8th grade league, and will compete against older, more experienced, players in a four week season. The Panthers will continue to play in the 6th grade league as well.