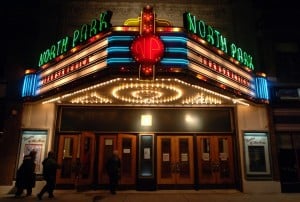 I had called the theater to see if I could still get tickets for a date towards the end of the run. But the voice on the phone said, no, we close the week before that. “We’ll be dark.” I had to smile to myself – aaah, theater jargon, I’ve missed you – but after being disappointed about the ticket, I got to consider the phrase.

Going dark – nothing on stage, the previous production over, the next one not yet in rehearsal. Curtains down, lights off, seats empty.

I’m looking forward to some life changing – and definitely life saving – surgery tomorrow. What I’m really looking forward to is having it all over with, and getting it behind me, but that’s the perspective of the producer, the ‘let’s get the next show up and running’ habit. It’s time to embrace the idea of going dark.

When I worked for other people, I couldn’t call in sick without being sick. My ethics just didn’t allow it. So I would get sick – catch a cold, get the ‘flu – and then I’d have to take some time off. While cancer is certainly a lot more than the flu, it seems this is the same situation written larger. I’ve been working non-stop for a bit more than five years; I need some dark.

Everyone I know who has successfully survived cancer has made some major change to their lives. Some visible, some not, but those who have not changed enough have not survived. It’s mother nature’s way of telling you it’s time  to reorganize your priorities. I don’t know what I want to give up or add to my life, I don’t know what’s coming next.

I’ll be content to just go dark for a little while. I imagine myself sitting in the seats of an empty theater, looking at the stage. I’m sure the curtains will rise again, but the next act is still unwritten.