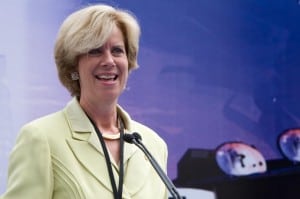 During a special board meeting on Aug. 3, the West Basin Municipal Water District (West Basin) Board of Directors presented U.S. Rep. Janice Hahn and Sen. Isadore Hall III with its 2014 Legislator of the Year award. The Legislator of the Year award is presented annually to legislators who have helped the water industry and West Basin provide more reliable water supplies through legislation and advocacy to help support infrastructure projects.

“Congresswoman Hahn and Senator Hall are strong advocates for water issues in Southern California and are both very deserving of this recognition,” said West Basin Board President Gloria D. Gray. “As California has continued to experience the worst drought in recorded history, West Basin and the entire water industry have been fortunate to have Congresswoman Hahn and Senator Hall’s support during this drought.”

In 2014, Congresswoman Janice Hahn, who represents the 44th District of California, served as a member of the Water Resources Reform and Development Act (WRRDA) Conference Committee. This Committee was charged with drafting and moving a legislative compromise forward, after several years of stalled efforts. Ultimately, the Committee was successful in reaching a bipartisan deal, H.R. 3080, which was ultimately passed by the House Transportation and Infrastructure Committee, of which she also serves as a member, and signed by President Barack Obama. This key piece of legislation is vital to local, state and federal partnerships, which has enabled West Basin to produce and deliver locally produced, drought-proof recycled water to its customers. 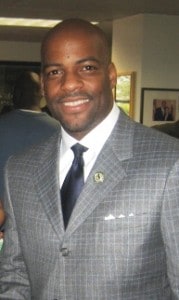 working relationship with West Basin in promoting water issues in the 64th Assembly District, and throughout the West Basin service area. This effort included participating in a West Basin hosted Drought Press Conference in February 2014, where he urged his legislative colleagues to pass a responsible water bond package to enable communities to pursue conservation, water recycling and ocean water desalination projects. Hall’s support for the bond continued, as he provided significant assistance to West Basin in water bond discussions and negotiations, and helped to ensure adequate funding for water recycling in the final bond legislation.