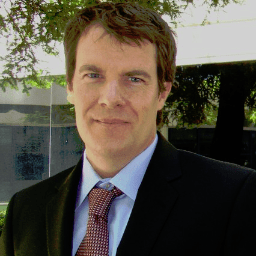 “Creating great schools is a team effort. We currently have a leadership team in this district that is working very well together and making significant improvements to our schools. Scott and I have a great working relationship with these leaders and hope to serve with them on the Board,” said candidate Anne Burke.

“There is nothing more important to us than the experience students have in their schools and the education and opportunities provided to them by the district. We have deep, personal connections to how our district educates students. As parent leaders in this district for most of this decade, we are in our schools on a daily basis and see their successes and challenges” McVarish and Burke stated in a joint media release. 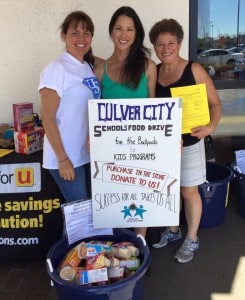 our hard-working and dedicated teachers to keep focusing on the only question that matters to us: what is best for our district’s kids?” stated candidate Scott McVarish.

Outgoing School Board member Laura Chardiet, Chair of the McVarish-Burke campaign, states: “We support McVarish and Burke because we know they will work well with our current district and school leadership; they greatly respect our teachers; and they will continue to inspire our parents.”

Scott McVarish is a Parent and Teacher Advocate whose sole focus is on what is best for kids. He is co-founder of the United Parents of Culver City, a long-time youth volleyball coach and a volunteer at El Marino who loves to read to the students, especially his wonderful daughter who is one year away from Culver City Middle School. He is also an advocate and attorney for teachers and other employees as well as immigrant parents and children.

Anne Burke is a Parent Leader in our district having served as the PTA President of El Marino Language School and on the Council PTA for the entire district. She was a key leader in both the passage of the District Facilities Bond and the formation of the United Parents of Culver City. She has a daughter in 2nd grade and a son one year away from Culver City Middle School. 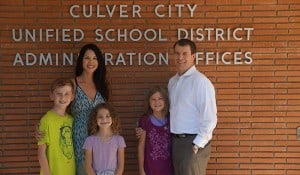 The kickoff for the McVarish-Burke joint campaign is August 9th, 3 pm at Mike Cohen’s house. The candidates will host a campaign party on September 13th at 1 pm at Lindbergh Park.

McVarish and Burke are running for the two open seats on the Governing Board of Education for the Culver City Unified School District. They are, at this point in time, the only two declared candidates.