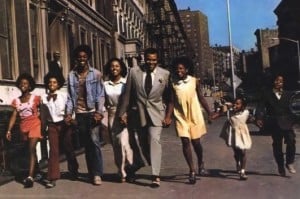 Black Talkies on Parade presents the classic 1974 film Claudine, staring Diahann Carroll and James Earl Jones. Claudine is the story of a spunky single mother living in New York City, struggling keep to her family afloat and dodge her welfare caseworker. Dianhann Carroll embodied this strong female character so well that she received an Academy Award nomination for her performance. The film also received a Writers Guild Association nomination for best screenplay. Claudine’s soulful soundtrack was written and produced by Curtis Mayfield and performed by Gladys Knight and the Pips. Your afternoon host will be Lloyd Clayton, Executive Director. Following the screening there will be a Q&A with our resident film historian Les Wills.