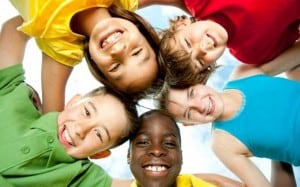 The best kept secret in Culver City is Culver City Adult School’s Summer Enrichment 4 Kids. This is not an advertisement, nor will I admit to any bias. I’m just saying, I have been involved with this program in one capacity or another since 1999, sent both of my children to it when they were growing up, and have taught tens of hundreds of students throughout the years myself. This past year, I assisted with the planning of the program, and my summer job is now “Summer Principal” of our middle school campus. I created a new Pre-K/1st grade Japanese class fifteen years ago, and had been teaching the class (as well as a creative writing class) for the past 14 years.

I call it a “secret” because we are in fact so established, that we’ve scarcely had time to adjust our marketing capabilities to the modern wiles of the internet. Consequently, our classes are a little small this year; ideal for people desiring a small class setting, but we’d love more students still this summer, and please set your calendars to join us next year as well. You and yours can still book classes online, and it’s not too late to do so for next week: register.asapconnected.com/default.aspx?org=7  Students can take up to four classes (Pre-K to 8th) in: sports, arts, languages (Spanish, Japanese, English – writing), computer lab workshops (animation, photoshop, photography), acting/performance/guitar, Spanish, Japanese, sciences, including cooking, math, and, for the first time: Chinese language, to name a few.

Some students take the same class two or three times in a row because they love it so much, and because every year we tweak and create new curriculum. We have qualified, dedicated, creative teachers who love and care about kids, and a cohesive administrative staff who serve all constituents: students, teachers and parents. We’ve gone through many changes and permutations over the years. As one of the few people, still with the district, involved in the program non-stop for nearly fifteen years, I can vouch that the quality of our summer program is in absolute tip-top shape. We pride ourselves on a “camplike” atmosphere that is, in order: safe, fun AND educational.

I have written before about how I engage a literal army of high schoolers to act as camp counselors/teacher’s assistants in and around the classrooms. They earn their requisite 60 Service Learning hours, but many students get so hooked on our cute babies that they end up devoting most of their summer to us. The students are responsible, capable and creative. Many have grown up with the program, first as students themselves, and eventually as helper-leaders.

An amazing happening occurred this summer. With the exact timing of my promotion to my new position, a student helper, who’d assisted me for over ten of my fifteen years, turned 21, graduated college, and qualified to take over my class. She is not only teaching it, she’s rocking it better than I would have ever imagined it could be. I’ve been declaring that it’s like having a family business your oldest child takes over, then does so much better that it is turned into a million dollar business. What is going on in Kimiko’s classroom is priceless; I often pop in during my rounds and take a whiff of the beauty of a tradition lovingly established, and handed down through year after year of dedication.

And just when I thought I could ever heap enough praise on our awesome program, this just happened:

After school, I was speaking to the parent of a former student I’d taught last year (1st) and the year prior (K). He greeted an older Japanese woman, calling out her name. I looked at her face and also bowed; she seemed to know me, and I her. We then immediately exchanged glances of recognition. She was the wife of not just a professor of mine from UCLA, but one of my most trusted and reliable advisor-professors before, during and after (meaning, as recently, even, as 2003) my first journey to Japan as a UCLA Junior in 1978. The parent I was talking to asked me, “are you saying that her husband had a part in making you who you are today?” What an excellent way of putting it, I thought. My reply was that he had no small part in making me who I am today, he actually had a HUGE part in shaping me, my life, and my career(s). We spoke of our days in Japan together; he’d come with his family as the on-site advisor to my cohort from all of the UC campuses. We all lived at ICU together, in Tokyo, and often socialized. My degree – Linguistics & Japanese – is a matter of pride to me, thanks to my professors in both the Japanese and Linguistics departments of UCLA. In the late 1970’s, these were not just any professors at a large, public, college of letters and sciences; they knew who we were, taught us, counseled us, and literally wrote books – THE books – on the subjects of their expertise. Both the Japanese and the Linguistics departments, even the EAP (Education Abroad Program) program itself, was relatively new in the day. I attended a lecture at El Marino several years ago that asserted the fact that our Japanese and Spanish language Immersion programs in Culver City exists thanks to the support and cooperation it garnered from the UCLA language and linguistics programs.

But why was the elderly Japanese woman on our campus? From the Hebrew, “L’dor V’dor” (from generation to generation), she was picking up my professor’s (and her) own grandchildren! I am so proud to say that they attend our Summer Enrichment 4 Kids program!